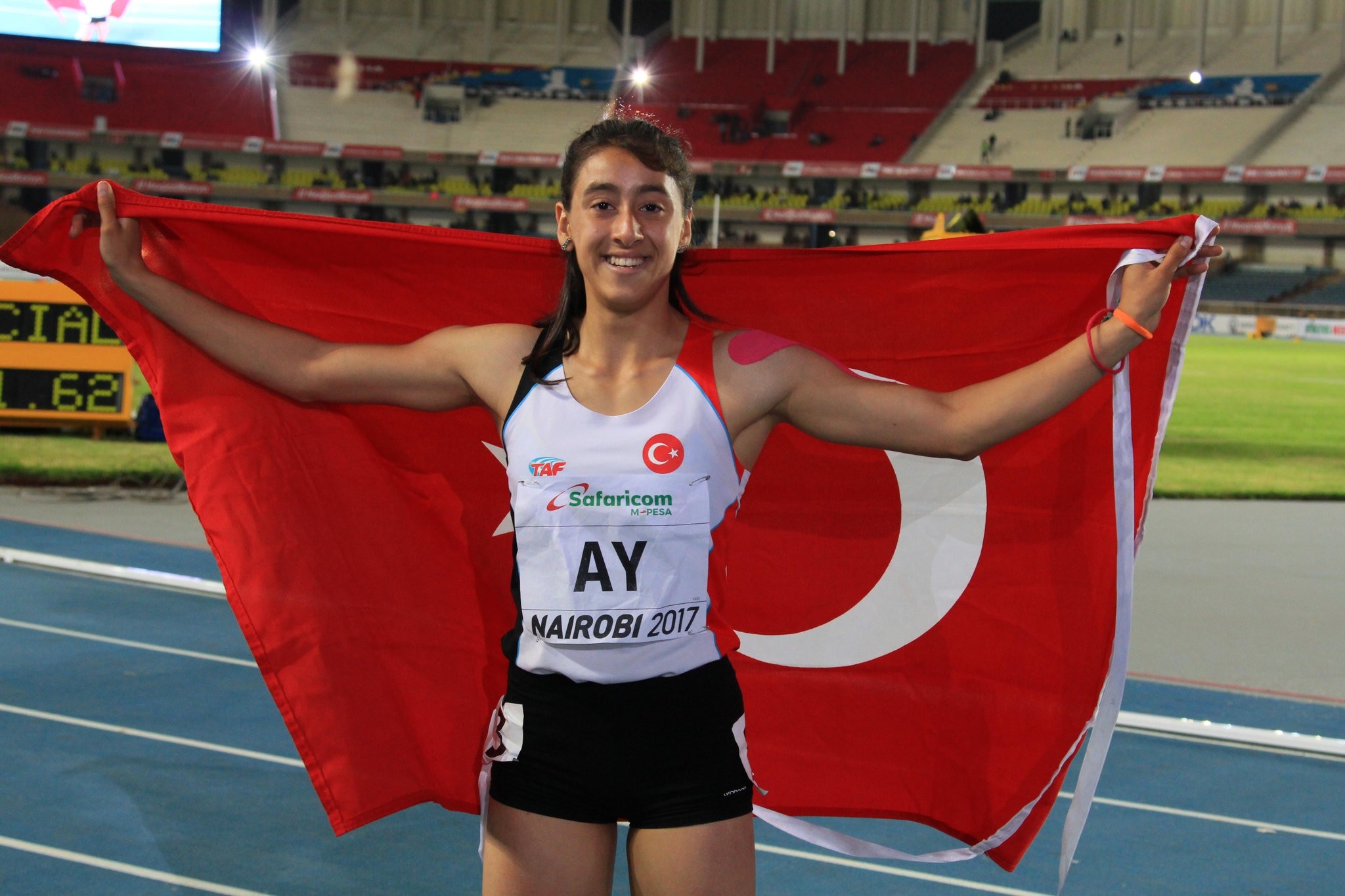 The 17-year-old Ay crossed the finish line with a time of 23.76 seconds, breaking her own record.

"I was nervous because my coach could not come to Kenya but I thank my coaches here. It was a good race", she said.

According to Presidency sources, President Recep Tayyip Erdoğan congratulated Ay on the phone after the under-18 contest.