After magnificent opening, game on in Deaflympics 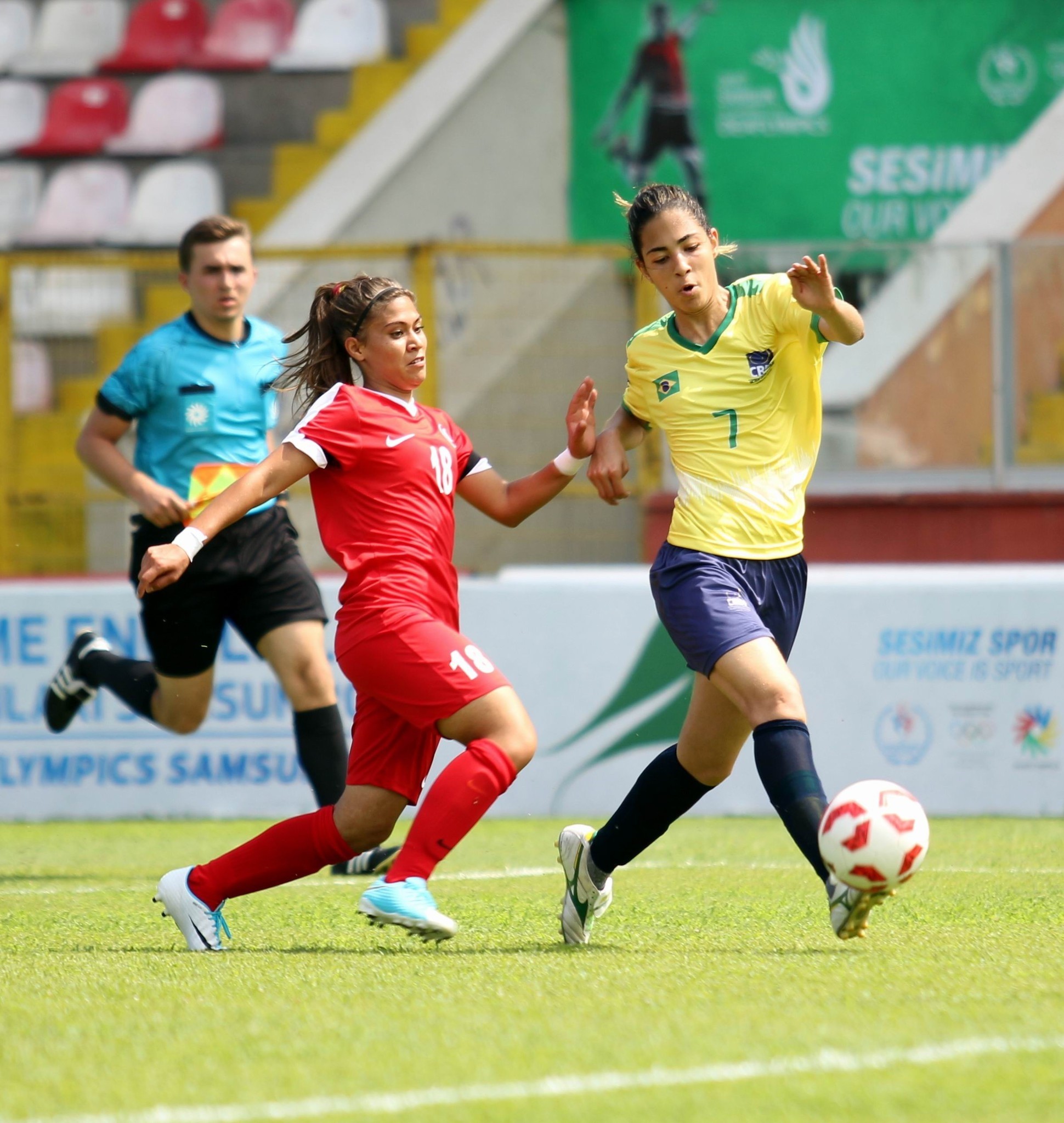 The competition officially kicked off the same day with womenu2019s football where the Turkish national football team got off to a bad start, losing 4-1 to Brazil.
by Daily Sabah Jul 20, 2017 12:00 am

The 23rd Summer Deaflympics in Samsun has brought together more than 3,000 athletes and a total of 5,000 participants from 97 countries.Following a magnificent opening ceremony Tuesday the games officially began with three football matches

With more than 3,000 athletes, the 23rd Summer Deaflympics, the largest ever in the game's history, kicked off in northern Turkey's Samsun Tuesday. The competition officially kicked off the same day with women's football where the Turkish national football team got off to a bad start, losing 4-1 to Brazil.

In the other matches, Great Britain's women's team were beaten 2-0 by Poland and China received a 9-0 drubbing at the hands of Russia.

On Wednesday, in the men's football event, Egypt beat Venezuela 2-0, Italy drew 1-1 with Argentine, and Ukraine lost 2-1 to Japan.

The competitions also kicked off in disciplines including shooting, badminton, basketball, tennis, volleyball, and cycling.

Earlier in the opening ceremony at the Yeni 19 Mayıs Stadium, the athletes, coaches, and delegates from all the participating countries attended a marchpast to greet the host city, Samsun. President Recep Tayyip Erdoğan and Prime Minister Binali Yıldırım sent messages, wishing all the athletes success.Samsun Metropolitan Municipality Mayor Yusuf Ziya Yılmaz said Samsun was proud to carry the Olympic torch and will do their best to host their guests throughout the Deaflympics.

He added that the Deaflympics 2017 was a great opportunity to send messages of peace throughout the world through sports.

Also speaking at the event, Governor of Samsun Osman Kaymak said, "We've experienced one of the most important days in Samsun and Turkey's history. By organizing the Deaflympics in the best way possible, we are going to show that we are also capable of hosting the Summer Olympics. Our wish is to host the Summer Olympic Games eventually."

International Olympic Committee (IOC) Delegate Sam Ramsamy in his speech on behalf of the IOC President Thomas Bach said, ICSD gives all its support to spread sports all over the world and is an important member of the Olympic family.

Meanwhile, ICSD President Valery Rukhledev emphasized that the Deaflympics, first held in 1924, is the second oldest international competition in history. He reiterated that they saw Turkey as a very powerful country in the preparation for the games and added that it was an example to the world.

Also present at the event, Youth and Sports Minister Akif Çağatay Kılıç, who was replaced by Osman Aşkın Bak yesterday, said, "The 23rd Summer Deaflympics will be a very exciting experience for beautiful Samsun, my hometown."

He underlined that they prepared 42 venues and educated more than 5,000 people including shopkeepers and airline cabin attendants in sign language.

The minister said the Samsun Deaflympics 2017 would be the best answer to foreign attempts to defame Turkey, demonstrating that it is a tranquil and safe country.

Turkish national wrestler İsmail Otamış, who earned Turkey their first medal in Deaflympics history, brought the Samsun Deaflympics 2017 torch to the stadium. Kemal Baloğlu and Selahattin Bozdağ, part of the Deaflympics 1997 champion football team, took turns carrying the torch. The torch was finally passed on to Ertuğrul Bursa, who participated in a record eight summer and three winter Deaflympics. The ceremony ended with a cultural program that featured different dancing groups and a concert by Turkish pop singer Murat Boz.

To maintain security during the games a total of 5,300 security personnel have been deployed. Some 3,300 of them will be stationed at different sport venues.

The Deaflympics will continue until July 30.