Sena's story symbolises triumph of the will 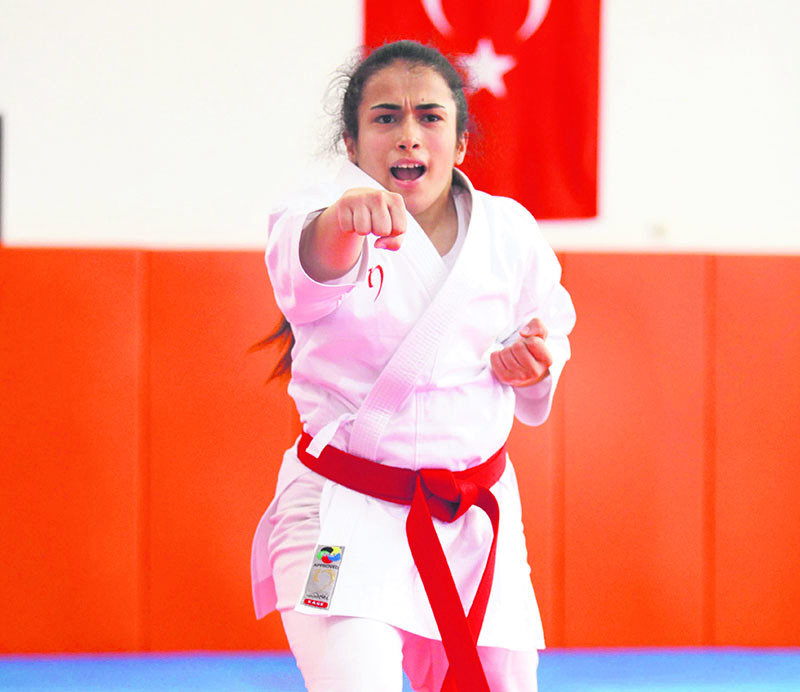 The hope of the Turkey National Deaf Karate Team, participating in Deaflympics 2017 with a populous roster, Sena Saime Sönmez has an attribute setting her apart from other athletes. The 18-year-old Sena suffers from scoliosis in addition to her Deafness. This means her spine is curved abnormally.

The young athlete, who competes against both hearing and Deaf rivals against all odds, is in love with karate. Sena, who started karate 5 years ago, said: "I wake up at 06:00 and run five laps. I have breakfast at 7:30. I start training at 09:00. I start training again at 15:00 in the afternoon and train until 19:30".

The champion karateka stated she has trouble falling asleep due to her aches: "My shoulder hurts. I get troubles me and I can't sleep. It aches and it hurts when I lean".

Despite this, Sena has gained great successes in her as-of-yet short karate career. Lastly, she became the world champion in "kata" style. Describing herself as excited, hard-working and happy in 3 words, Sena stated that her goal is to gain a medal in Deaflympics 2017 and hoist the Turkish flag.

The young athlete, who completed her high school as a graphic designer, stated she will never give up karate even after a shoulder surgery and that she aims to gain even greater successes in her future career. Sena Saime Sönmez is set to compete on Sonday in Deaflympics 2017.