Froome rides towards history and greats 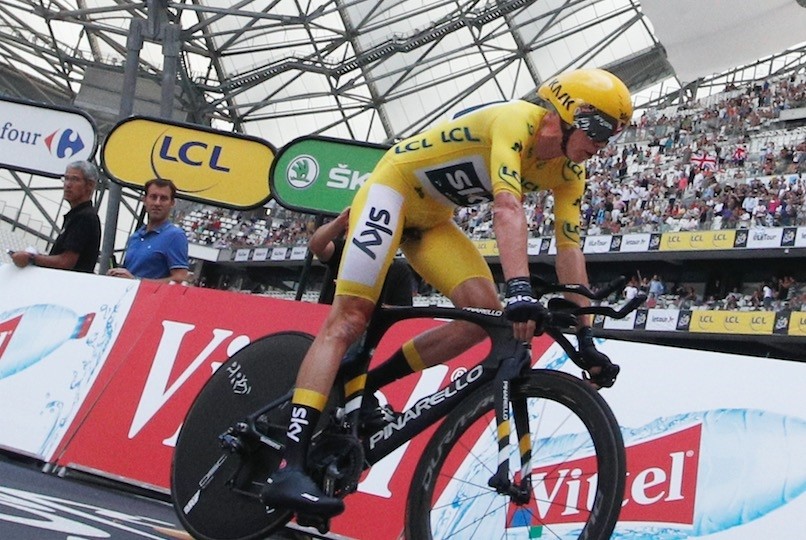 Chris Froome took another step towards emulating the Tour de France's greatest champions when he rides into Paris yesterday to clinch his fourth victory in cycling's most celebrated race. And in a nod to history, Sunday's 21st and final stage started in Montgeron, where the very first Tour de France began 114 years ago. The 32-year-old Briton finished third in Saturday's 22.5km time-trial in Marseille to effectively secure a 54-second overall victory ahead of Colombia's Rigoberto Uran. Only Eddy Merckx, Jacques Anquetil, Bernard Hinault and Miguel Indurain - all with five wins - have won more Tours than Froome.

"I'm not much of a person for looking back. Of course to have won it once (in 2013), the novelty was to be a Tour de France winner -- that was massive," he said.

"To come back and try to do it again the second time (in 2015) made it count even more.

"To do it consecutively last year for the first time -- two in a row -- was the big drive.

"For me now to have done it again, a fourth title, I never dreamed of being up there or even coming close to Eddy Merkcx, Anquetil or Indurain.

"It's amazing to be in this position, it's such a privilege."

It may have been the tightest victory of Froome's Tour successes but there was little to suggest he won't go on to match the record next year and even beat it in the future.

His top rivals Uran and Frenchman Romain Bardet have improved enough to match him in the mountains, but he still retains a significant edge in time-trials. His winning margin was 54 seconds but he actually gained 1min 16sec with respect to Uran in the two time-trial stages. Bardet finished third at 2:20 but gave up 2:36 in the two races against the clock.

For Sky team principal Dave Brailsford, it was the finest team effort yet for a squad that also won the team competition for the first time, despite winning the yellow jersey in five of the last six years.

"It was the best team performance... and I think this will be the most satisfying performance of the team's and certainly my career."