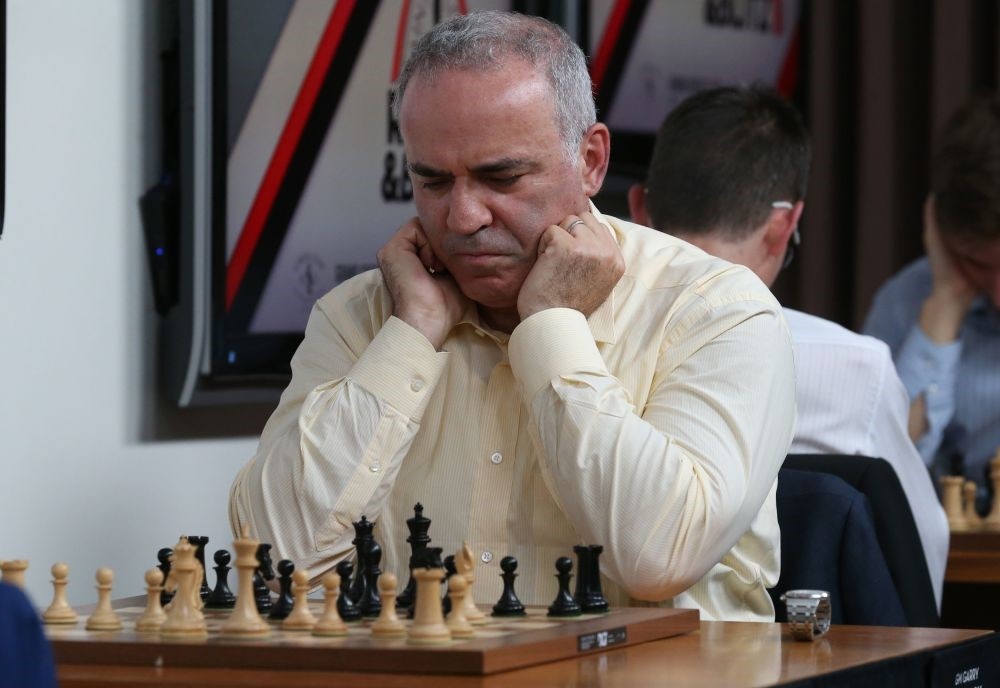 Chess legend Garry Kasparov on Tuesday suffered the first loss of his brief but highly anticipated comeback to the game, succumbing to fellow Russian Ian Nepomniachtchi and bringing his draw total to five. After three draws Monday, the 54-year-old former world champion, who dominated the game from 1985 to 2000, had hoped to play "more aggressive" chess on day two of the Rapid and Blitz tournament in St. Louis. But after drawing his first game Tuesday with Armenian world number four Levon Aronian, a contest that featured some gutsy moves from Kasparov and a few trademark death stares, he could not hold on against Nepomniachtchi. At the day's close, Kasparov drew once more after going up against Viswanathan Anand of India, another "former" competitor and the only one present to have played against Kasparov when he ran the global chessboard.

"I haven't played serious chess in 12 years, and haven't missed as many opportunities as I did today in 15! Hoping to steady the ship tomorrow!" tweeted Kasparov at the end of the day. Kasparov, who left the game in order to pursue a career in politics, will need some wins if he wants to move up in the tournament rankings, he started Tuesday in seventh position out of 10.

Victories would give his comeback some symbolic power, Kasparov would be seen as passing the torch to a new generation, albeit a generation still spellbound by his talent. Though the winner's purse in St. Louis is a not-too-shabby $150,000, Kasparov said he would donate any winnings to promote chess in Africa.