Giro's start in Israel to go from Jerusalem to Red Sea 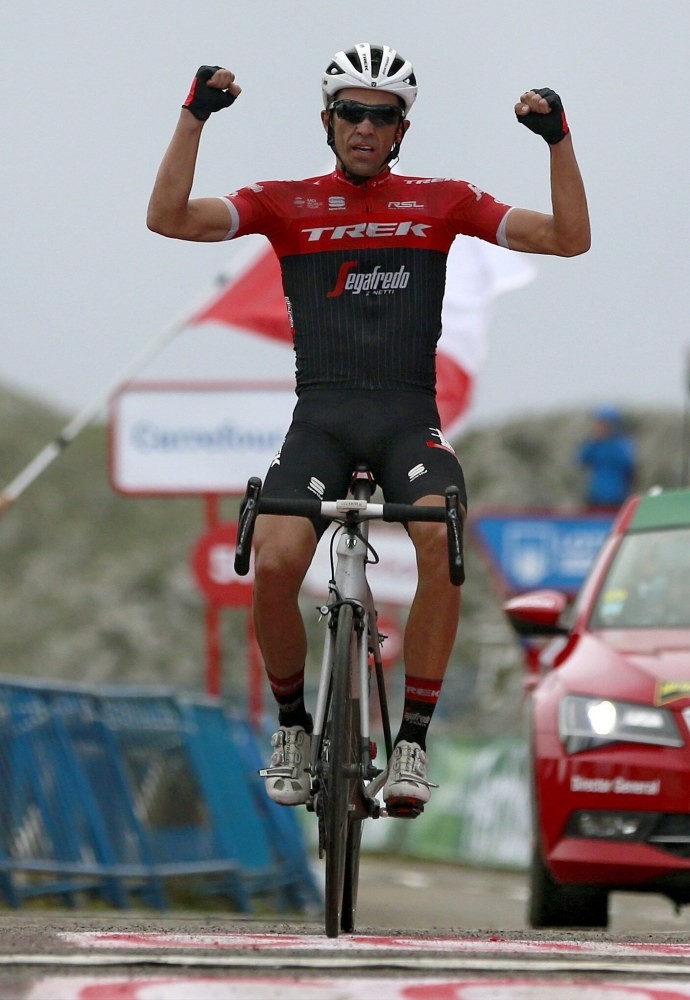 Former Giro winner Alberto Contador said the course, in a new, untested environment, would require careful tactical consideration by teams looking to gain an early advantage.
by Sep 20, 2017 12:00 am

Winding its way around the walls of Jerusalem's Old City through modern Tel Aviv, then the Negev desert down to the Red Sea, the start of next year's Giro d'Italia will mark the first time a cycling Grand Tour will be held outside of Europe

Details of the 2018 race, which will mark the first time a cycling Grand Tour is held outside of Europe, were unveiled by organizers in Jerusalem on Monday. After a 10.1-kilometer (6.3-mile) opening time trial in Jerusalem, the 167-kilometer (104-mile) second stage will go down the Mediterranean coast from Haifa to Tel Aviv. Stage 3 will follow a lengthy 226-kilometer (140-mile) route from Beersheba in the Negev desert down to Israel's southern tip of Eilat along the Red Sea. Flanked by Italian and Israeli ministers and former cycling greats Alberto Contador and Ivan Basso, Giro director Mauro Vegni said that Israel was selected to host the race because of its "history and uniqueness."

More than 175 of the world's best cyclists will arrive in Israel to kick off the race on May 4.

The Giro is one of cycling's top three stage races along with the Tour de France and the Spanish Vuelta. It's being labeled as the biggest and most prestigious sporting event ever held in Israel and is expected to draw tens of thousands of tourists and cycling enthusiasts.

In its 101-year history, the Giro has previously opened a dozen times outside Italy but never outside Europe. Its arrival in Israel is the result of the lobbying efforts of Sylvan Adams, a Canadian-Israeli cycling enthusiast. In recent years, Israel has been promoting itself as an elite sporting event destination. It recently hosted one of the opening rounds of the Eurobasket tournament and is set to host the European judo championships and the lacrosse world championships next year.

However, Israel also risks protests surrounding the event over its 50-year occupation of Palestinian territory. The time-trial in disputed Jerusalem will not take place in the eastern sector of the city, which the Palestinians want as the capital of their future state. Israel claims the entire city as its undivided capital. It occupied east Jerusalem in the 1967 Six-Day War and later annexed it in a move never recognized by the international community. It also occupied the West Bank in 1967.

Contador arrived in Israel after ending his career in front of his home crowd at the Vuelta. Considered one of Spain's greatest riders, the 34-year-old Contador won that event three times, along with the Tour de France twice and the Giro d'Italia twice. He was stripped of a third Tour victory for doping. Italian racer Ivan Basso, a two-time Giro winner, also attended the announcement.

The Jerusalem leg will pass by Israel's parliament and begin and end near the walls of the ancient Old City, holy to the Muslims, Christians, and Jews.

"It's 10 kilometers up and down, lots of corners," Basso, a two-time Giro winner, said of the time-trial.

"The second stage and the third stage, when you ride on the coast, on the desert, lots of wind maybe, can be already not an easy start for the race," the Italian added. The recently retired Contador, who also won the Giro twice, said riders will have to weigh how much to risk in the time-trial."In my case, if I'm here, for sure I don't take a big risk because you can lose more than you can win," the Spaniard said. "It will be a very hard three stages."

Besides Haifa and Tel Aviv, the second day will see the riders curve around Acre as well as pass the ancient Roman-era port city of Caesarea and Zichron Yaakov in the Carmel Mountains. Day three also includes Mitzpe Ramon in the Negev desert, on the edge of the world's largest erosion crater.