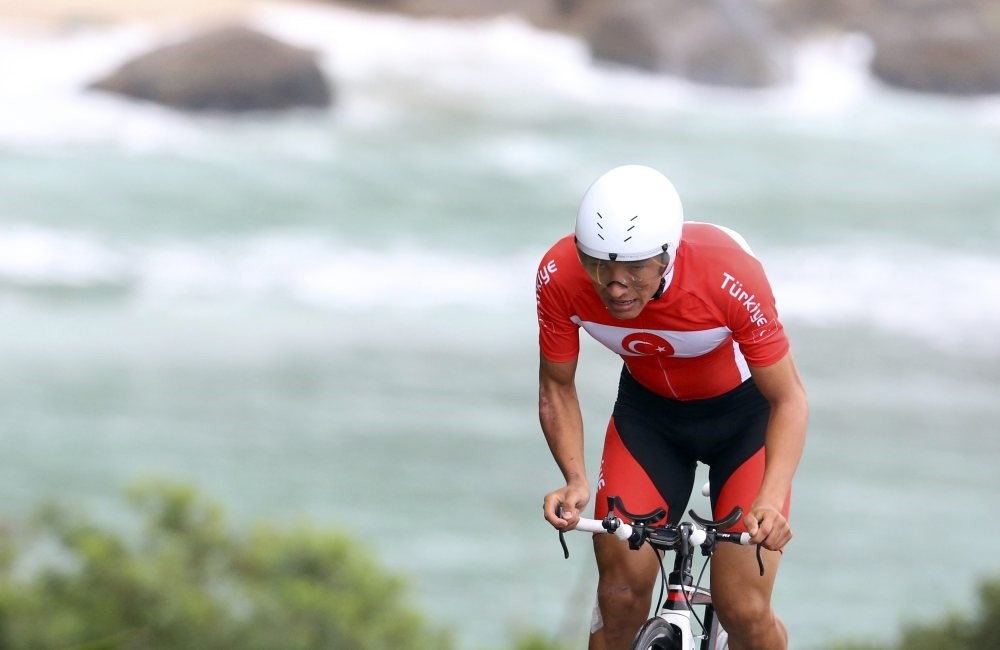 Ahmet Örken, a 24-year-old cyclist who has dominated the Turkish cycling scene for the last four years, has become the first Turkish athlete to join a pro-continental cycling team after signing with the Israel Cycling Academy (ICA).

"I waited for a chance to ride for a successful pro team that is on the move and I am sure that with ICA I can make my dreams come true," Örken, who recently won the sprinter's green jersey at the Tour of Qinghai Lake, said on his new club's website.

"My biggest motivation in joining this team was the chance to win races but I also strongly believe that it is a great chance to contribute to peace and brotherhood," he said.

His new club will race with the Turkish flag adorning his team outfit. With the move, Örken has the chance to become the first Turkish cyclist to pedal in a Grand Tour. The Giro d'Italia organizers announced on Monday that the next tour will begin with a 10.1-kilometer individual time trial in Jerusalem on May 4, 2018, and spend two more days in Israel with stage finishes in Tel Aviv and Eilat. ICA is expected to receive a wild card to race in Giro 2018.

"We signed Ahmet first and foremost because he possesses a great talent waiting to flourish," said ICA manager Ran Margaliot.

"But we are also extra proud of having him join his Israeli teammates in their quest to make history together and reach a Grand Tour for the first time ever for both countries. Is there a better example of how sports can change the world around us and bring people together? We feel this team have obligations far beyond cycling," he added. Örken, who was born in Konya and took on cycling as a sport when he was 14 years old, is excited about the possibility of being a part of a Grand Tour.

"I really want to ride the Giro" he said. "No Turkish rider has ever done that. Cycling in Turkey has developed rapidly in the last few years and now I want to achieve my dream with ICA," he said. Örken became the first ever European cycling champion from Turkey with his win at the 2011 European Track Championships in the junior omnium held in Portugal.