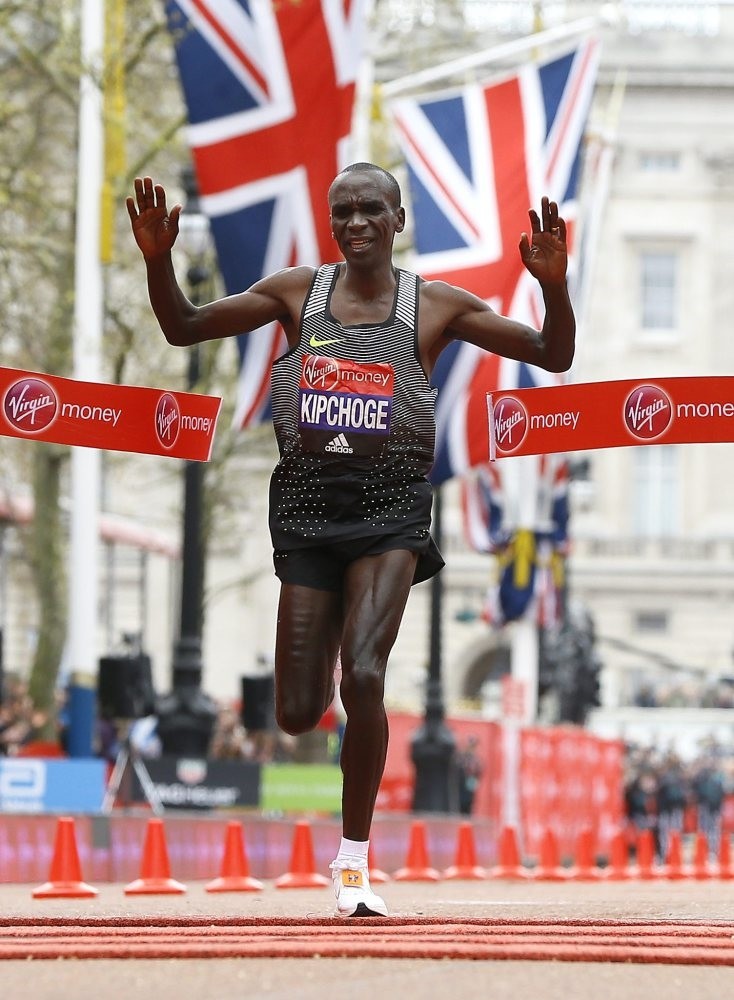 Olympic champion Eliud Kipchoge threatens the world record at the Berlin Marathon.
by Sep 23, 2017 12:00 am

The current top long-distance runners will clash in the German capital Sunday with a trio, spearheaded by Olympic champion Eliud Kipchoge, threatening the world record at the Berlin Marathon. Kenya's Kipchoge, 32, and Wilson Kipsang, 35, take on Ethiopia's Kenenisa Bekele, 35, in an elite lineup with former record-holder Patrick Makau and 2007 world champ Luke Kibet also in the mix. Kipchoge is the man to beat in Berlin, where the current world record of 2:02:57 was set by compatriot Dennis Kimetto in 2014. The Kenyan has won seven of his last eight marathons including the Olympic title in Rio de Janeiro, where he finished a minute ahead of the field. Kipsang, who ran a then-world record 2:03:23 in 2013 in Berlin, has announced that he plans to go under 2:02:20 in this year's race, but Kipchoge is just as determined to claim a new record.

"I won't decide until the last moment how fast I will start out, but I can say this: I want the world record," he said. The world marathon record has fallen seven times in Berlin over the last 20 years. The early autumn weather normally means little wind and ideal temperatures on a flat, fast course. Alongside Kipchoge and Kipsang, who won the Tokyo marathon in February, is the Berlin marathon's defending champion Bekele, who came within six seconds of the world record in Berlin last year. Bekele did so despite muscle cramps during the second half of the race to hold off Kipsang and this year promises a rematch alongside Kipchoge's considerable challenge.

"I expect a stiff competition from the two guys. All three of us are at the top of our game right now, but there will be only one winner," Kipchoge told AFP earlier this month.

Kipchoge has already smashed the world record once this year, albeit unofficially.

In May, he came within 25 seconds of running the first sub two-hour marathon during a sponsored event at the Formula One racetrack in Monza, Italy. The race was not recognized by the International Association of Athletics Federations (IAAF), but now he wants the official record.