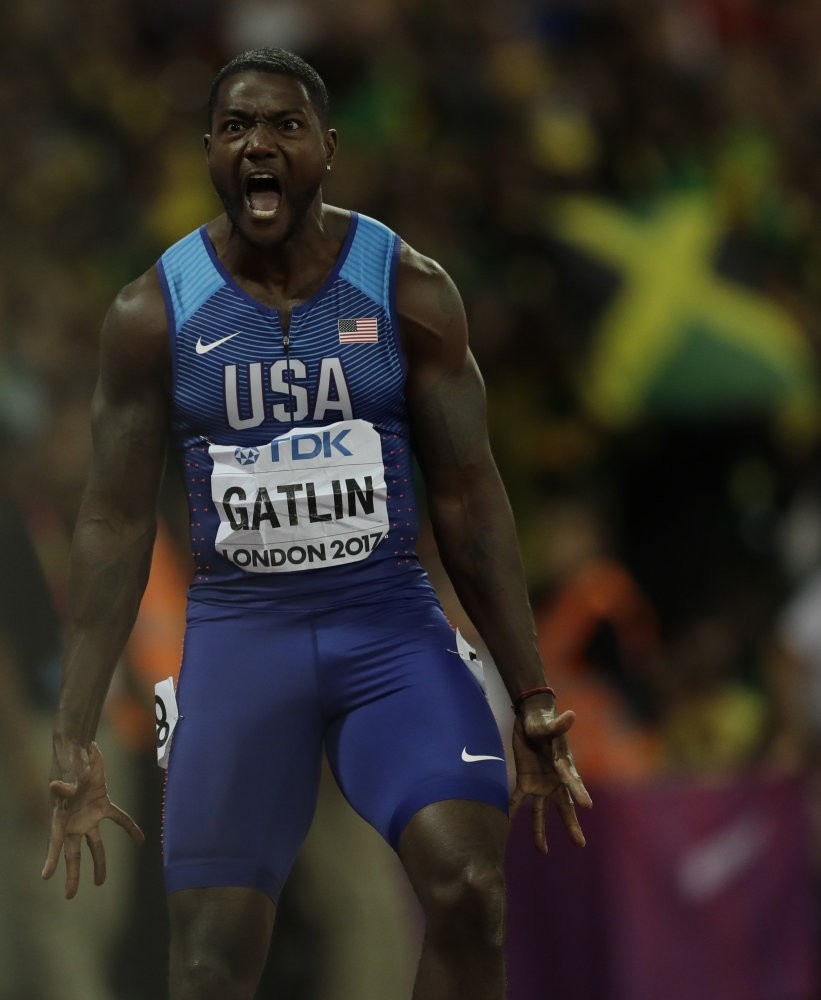 Controversial world 100-meter champion Justin Gatlin was left off the list of nominees for the IAAF's World Athlete of the Year awards. Gatlin, who has served two doping bans, was a surprise winner of the 100-m in London in August as Jamaican great Usain Bolt bowed out of his top-class career with a disappointing bronze medal. When the IAAF named Monday their 10 male and female nominees for the 2017 awards, Gatlin's name was conspicuous by its absence. It is the first time since 2004 when Gatlin was also omitted, that the world or Olympic 100-m champion has been left off the list. Gatlin's omission is no surprise, though, as the IAAF changed its rules in 2015 to exclude from its list anyone who has ever been sanctioned for a serious doping offense. That came after Germany's Olympic discus champion Robert Harting asked for his own name to be removed from the list in protest of Gatlin's inclusion in 2014. The 2017 list is led by British 10,000-m world champion Mo Farah and South Africa's 400-m star Wayde van Niekerk. The women's list includes comeback queen Sally Pearson of Australia, the 100-m hurdles champion, and South Africa's Caster Semenya, the winner of the 800-m.