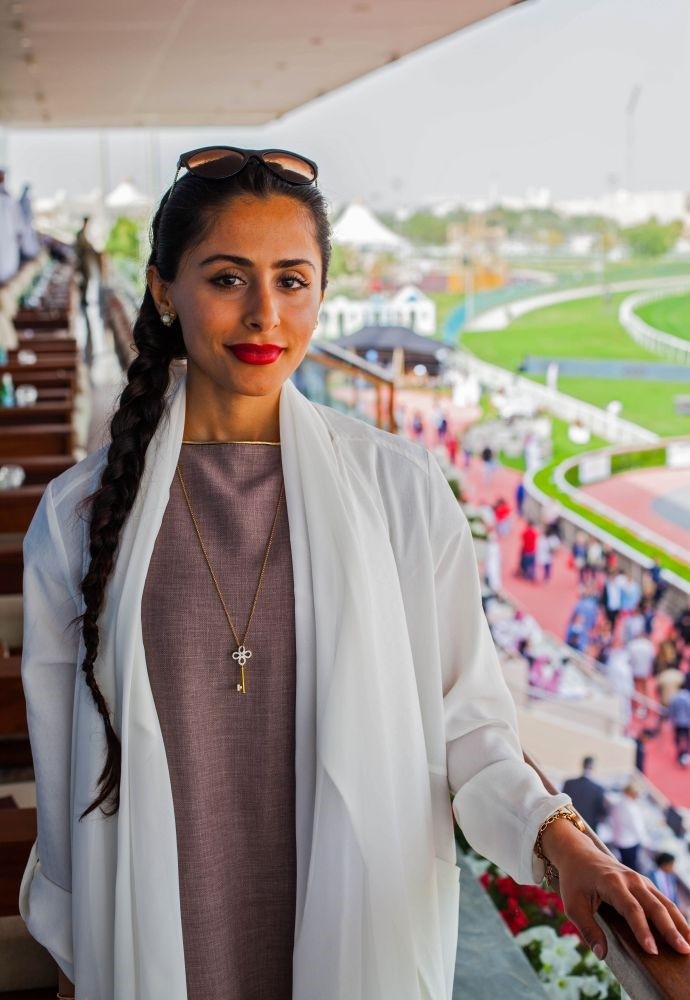 Female Qatari jockey Maryam Al-Subaiey poses for a picture during an interview.
by Oct 04, 2017 12:00 am

A Qatari woman has broken new ground as a jockey in the Gulf country. Maryam al-Subaiey pursued her "dream" of racing horses, which even a nasty fall this year could not crush.

"I don't have to do things that society expects from me as a woman," Subaiey, 31, said. "I am expected to be a businesswoman and eventually get married and have kids."

She adds, "But being a female athlete, this is not something that is considered Qatari. It's just not expected. It's very different."

Subaiey's dream came true on Feb. 24 at Qatar's pastoral Racing and Equestrian Club, a green oasis on the western fringes of the capital Doha. There, on the undercard of an eight-race meeting, she took to the track for the very first time. Subaiey didn't win - she finished eleventh out of 14 runners in the "Thoroughbred Handicap" on her mount "Comedy Night." But more notable than her final position was the fact she competed at all. Women have raced before in Qatar - indeed there was another non-Qatari female jockey in the same handicap and there are local media reports dating back to 2008 about a 14-year-old amateur riding at the equestrian club. But although records are not conclusive, officials said that Subaiey was the first ever Qatari female jockey to take part in such a ranking event.

"I still can't believe that I am here," she said immediately afterwards.

"The importance of my presence here isn't just the fact that I am the first female Qatari jockey - I am here for all female Qataris and all female Khaleejis," she said, referring to women from the Gulf. Qatar sponsors major events in France and Britain including the Prix de l'Arc de Triomphe and the Goodwood Festival, there are few homegrown female sports stars.