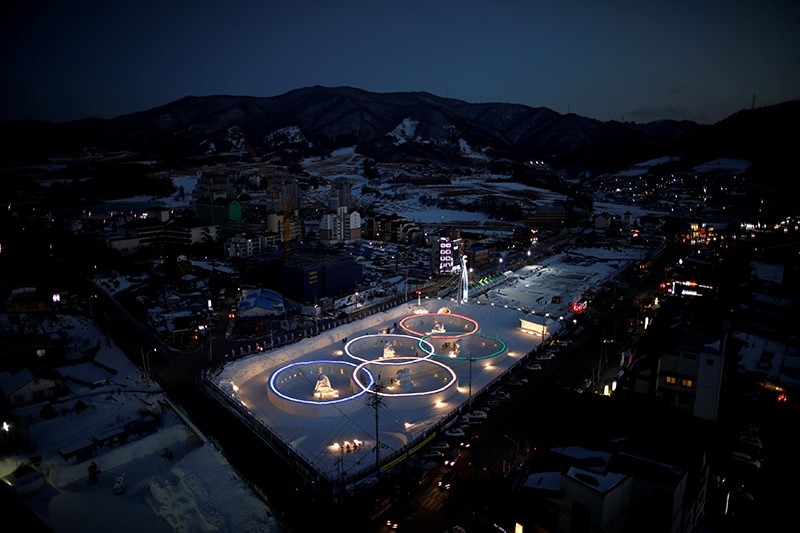 An ice sculpture of the Olympic rings is illuminated during the Pyeongchang Winter Festival, near the venue for the opening and closing ceremony of the PyeongChang 2018 Winter Olympic Games in Pyeongchang, South Korea, Feb. 10, 2017. (Reuters Photo)
by Oct 12, 2017 12:00 am

Russia should be banned from next year's Winter Olympics in Pyeongchang, the chief executive of the Institute of National Anti-Doping Agencies (iNADO) said in an interview published Thursday.

Canadian Joseph de Pencier told German daily Sueddeutsche Zeitung that Russia's doping-tainted past has not been dealt with properly by the International Olympic Committee (IOC) which should have also barred all Russians from the Rio 2016 Games.

"So many investigations are ongoing, so many cases of athletes must be dealt with. We can't be assured that Russian athletes would be really be clean in Pyeongchang and would have not profited from the years-long cheating system," De Pencier said.

"Therefore we believe that exclusion would be the appropriate measure for this process."

De Pencier suggested that the IOC was playing for time as two IOC commissions are yet to complete their own probes with less than four months left until the start of the Pyeongchang Games, making it "more likely that athletes who are not clean are competing in Pyeongchang."