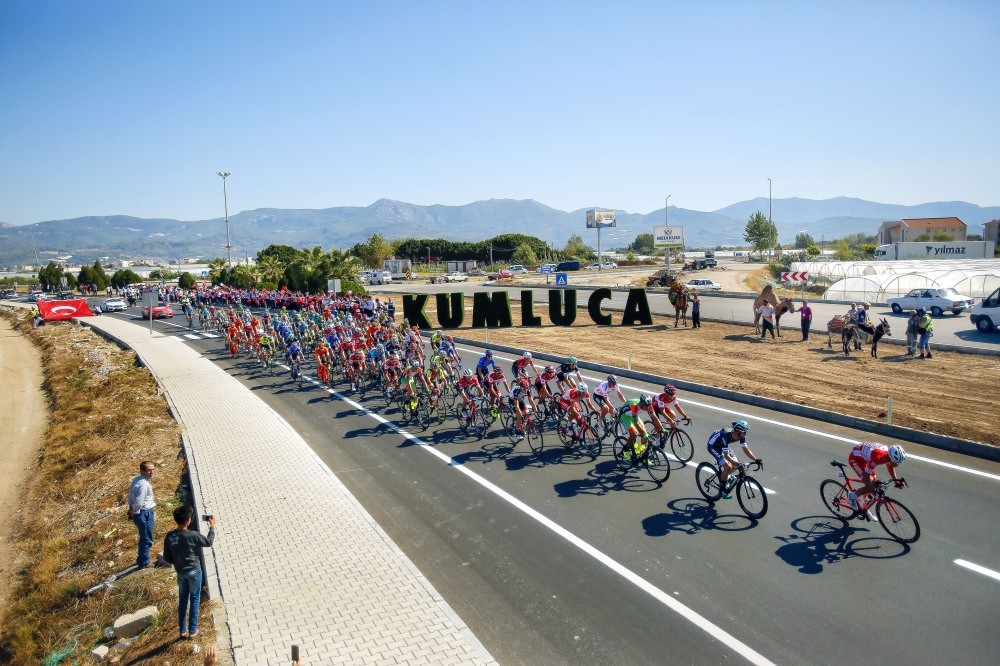 Riders at the 53rd Presidential Cycling Tour of Turkey will take on the Fethiye-Marmaris route today in the competition's third stage.

The 206-kilometer race between Kumluca and Fethiye continued yesterday with Sam Bennett (Bora-Hansgrohe) coming in first again after he won the first stage.

In the first stage, which took riders from Alanya to Kemer, Bennett avoided a crash in the final 200 meters to claim his second win this month, beating Marco Benfatto (Androni Sidermec) and Edward Theuns (Trek-Segafredo) in the high-speed sprint.

Bennett said he sees at least two more chances for the sprinters to take his lead in this week's race. Although he started stage two in the leader's seat, Bennet said he's not at the race of the general classification.

He admitted that the climbing later in the week will prove too much for the fast men like himself.

One of the 10 new World Tour events in the 2017 season, the race was originally scheduled for April 18-23, but due to conflicts with other cycling events like the Ardennes Classics, La Fleche Wallonne, Liege-Bastogne-Liege and the Giro d'Italia, it was rescheduled to Oct. 8-15.

Organized traditionally by the Turkish Cycling Federation, the first Presidential Cycling Tour of Turkey was held in 1963 as the Marmara Tour. The tour earned international status for the first time in 1965.