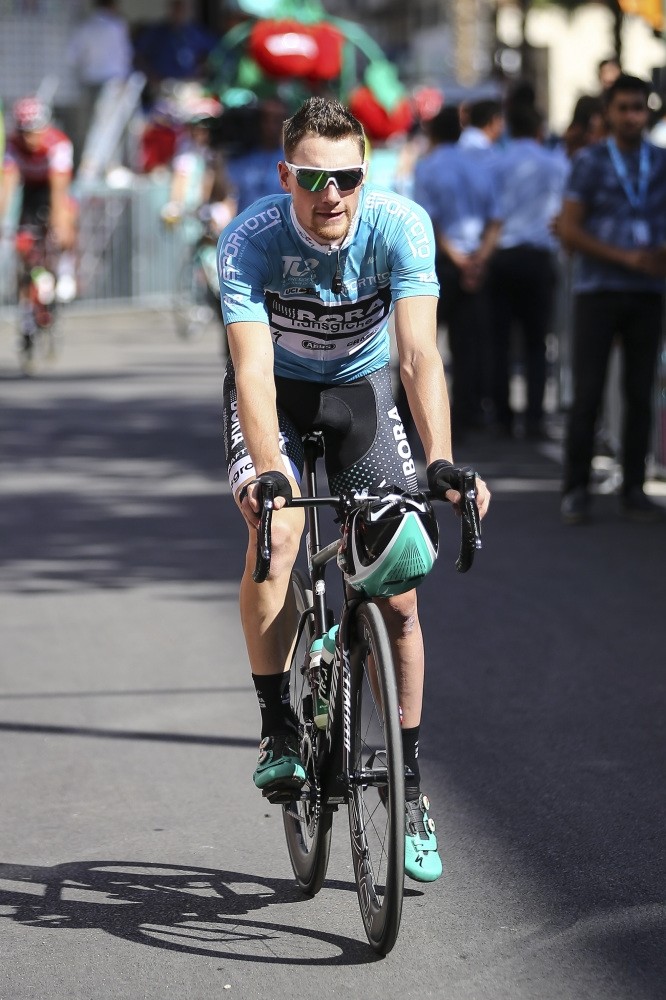 Sam Bennett (Bora-Hansgrohe) made it a hat-trick at the Tour of Turkey, winning stage 3 yesterday to maintain his 100 per cent strike so far at the late-season WorldTour race.

The Irishman had won convincingly from traditional bunch sprints on the opening two days, and en-route to Marmaris he managed to overcome a late climb to earn the right to sprint from a reduced peloton. Trek-Segafredo's Edward Theuns might have hoped the climb, and subsequent descent into Marmaris, would tip the balance in his favour after finishing third and second behind Bennett on the opening two stages, respectively.

The Belgian, however, once again could not match the race leader's speed in the home straight and had to settle for second place, while UAE Team Emirates' Simone Consonni finished third. Bennett extends his lead atop the overall standings to 14 seconds over Theuns, with Consonni third at 26 seconds. Meanwhile, Turkish cyclist Ahmet Örken came in eighth. Organized traditionally by the Turkish Cycling Federation, the first Presidential Cycling Tour of Turkey was held in 1963 as the Marmara Tour. The tour earned international status for the first time in 1965.