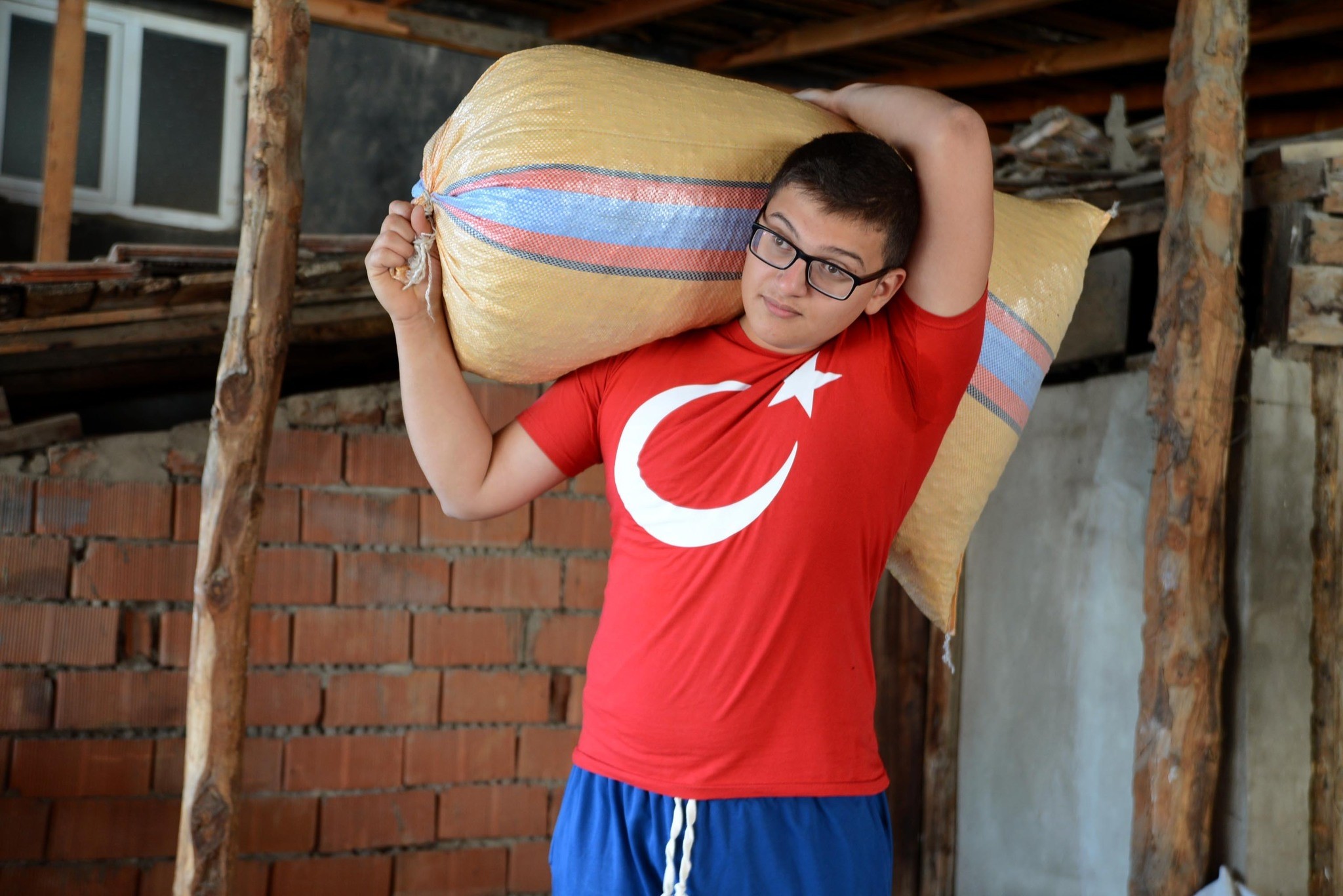 Gu00f6khan Tau015fpu0131nar carried a countless number sacks, filled to the brim with hazelnuts which helped build up his body.
by Anadolu Agency Oct 18, 2017 12:00 am

Six months after taking up the sport, a visually impaired man won a gold medal last month in a national weightlifting championship

Gökhan Taşpınar now aims to be a world weightlifting champion.

Taşpınar lives with his family in Altınordu district in northern Ordu province. Throughout his childhood he helped his parents harvest hazelnuts, an important agricultural product of the region, that they grow.He said that he has carried a countless number sacks, filled to the brim with hazelnuts, to the terrace of their house, which helped build up his body.

"Every year, I carry the hazelnuts that we have collected in sacks that weigh 50 kilograms to our home. I have been carrying hazelnuts since I was 17 or 18," Taşpınar said.

Taşpınar said he has visual loss of 90 percent and lives with difficulties. He said there are no weightlifting facilities in Altinordu, so he trains with his own means.

"I want a training place to realize my goals. I believe that I can improve myself better if there is a training place. In the future, I aim to be a world champion," he said.