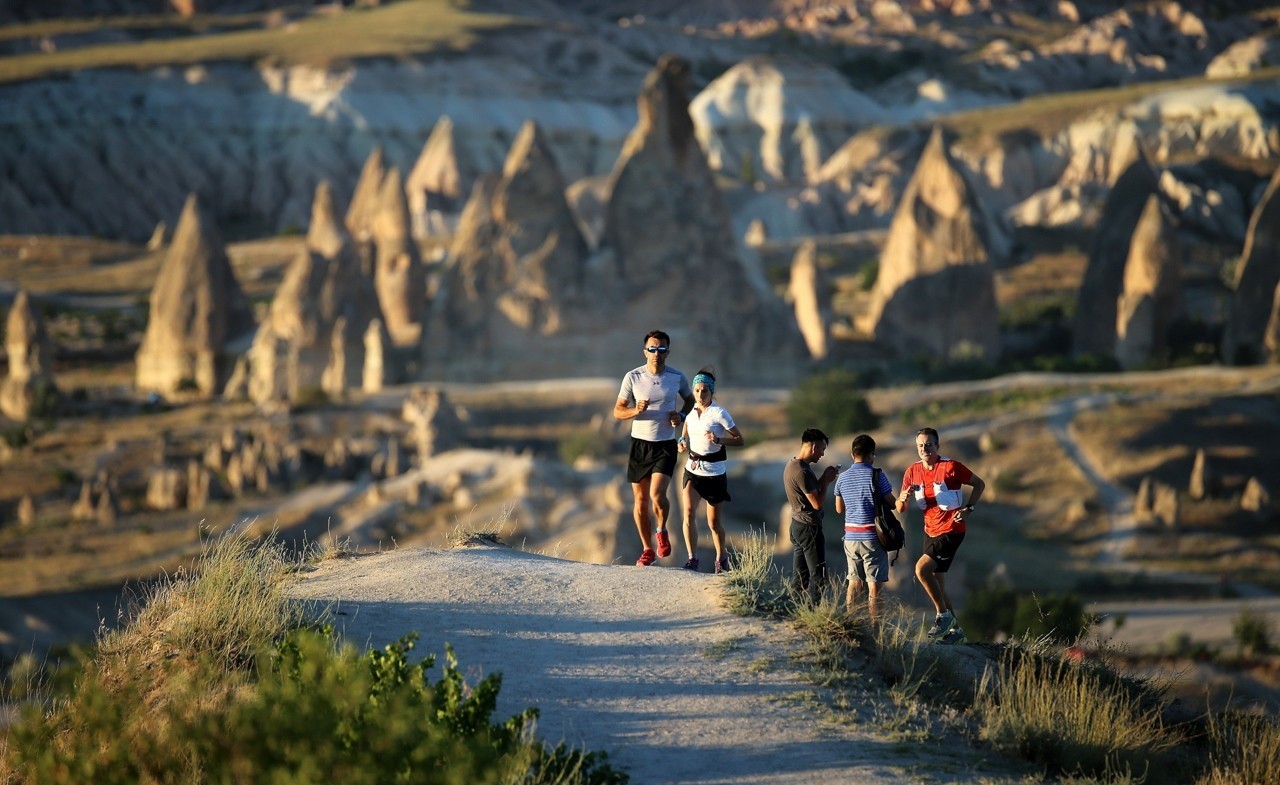 Lithuanian trail runner Gediminas Grinius won Turkey's Salomon Cappadocia Ultra Trail title on Saturday. The 38-year-old runner defeated 240 others in the 114-kilometer race finishing the run in 10 hours and 56 minutes. The track had a variation in altitude of 3,350 meters.

"It was amazing. It was my day in the UNESCO's world heritage site. My family and friends gave me extra power to push more in the race," Grinius said.

He said that he had visited Cappadocia thrice to attend the training camp. "That was my biggest preparation for the event."

"Guys, you must visit Cappadocia because it has a unique trail and you cannot find it anywhere else. It is amazing, every runner must have this experience," he added.

The event which is now in its fourth year consisted of three parts: 110 km, 60 km and 30 km. This year it attracted 1,684 ultra-marathon and endurance trail runners from 64 countries. In the 61 km category, winner Moritz Auf Der Heide, 30, from Germany finished the race in five hours and 14 minutes. In the 30 km category, Ahmet Arslan, 31, from Turkey came first with three hours and 15 minutes. Foreigners attending the event said they enjoyed the experience.

"Cappadocia is [a] good and unique place to run, I came here to have this very unique experience," said Mikhail Kozyr, a participant from Russia.

"I am very excited to attend this multicultural event," said Mohamed Muha, another participant from the Maldives.

Most participants came from Turkey, U.K. and France, according to the event's organizer, Aydın Ayhan Güney.

"The natural terrain of Cappadocia and the path of the trail helped increase the number of participants. Over 31 percent came from foreign countries," Güney said.

Cappadocia, which lies in Central Anatolia's Nevşehir province, is known for its volcanic rock formations, underground cities and churches carved into mountainsides.