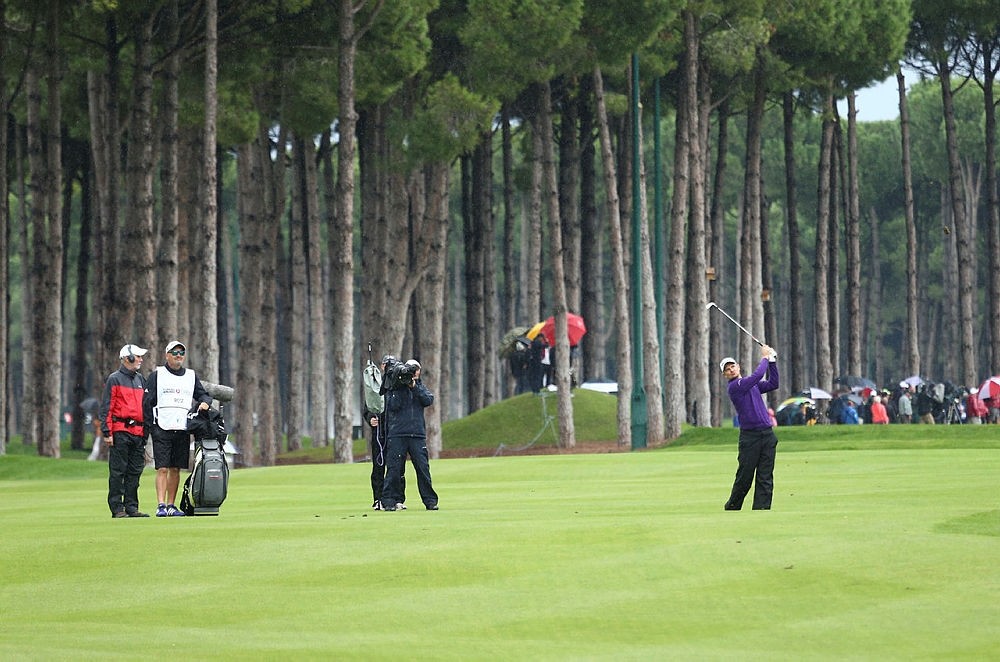 Justin Rose birdied the final hole to win the Turkish Airlines Open by a shot on Sunday for his second straight title on the European Tour, moving him close to fellow Englishman Tommy Fleetwood in the Race to Dubai standings.

On the last day of the tournament held in Regnum Carya Golf & Resort, which is part of the European Tour Rolex Series, Rose birdied three of the final four holes to complete a one-shot victory.

Rose shot a 6-under 65 in the final round to finish on 18 under par overall to secure the win a week after taking the WGC-HSBC Champions title in Shanghai.

Nicolas Colsaerts had the chance to take Rose to a playoff but rolled his birdie putt on the 18th just left of the hole, moments after Rose had holed from a similar range.

Colsaerts (66) and Dylan Frittelli (64), who chipped in three times in four holes during his round, were tied for second.

With two events — in South Africa and Dubai — left in the season, Rose is just behind Fleetwood in the race to be Europe's No. 1 player.

Turkey's Foreign Minister Mevlüt Çavuşoğlu, and Youth and Sports Minister Osman Aşkın Bak handed over the prizes to the winners at the award ceremony.