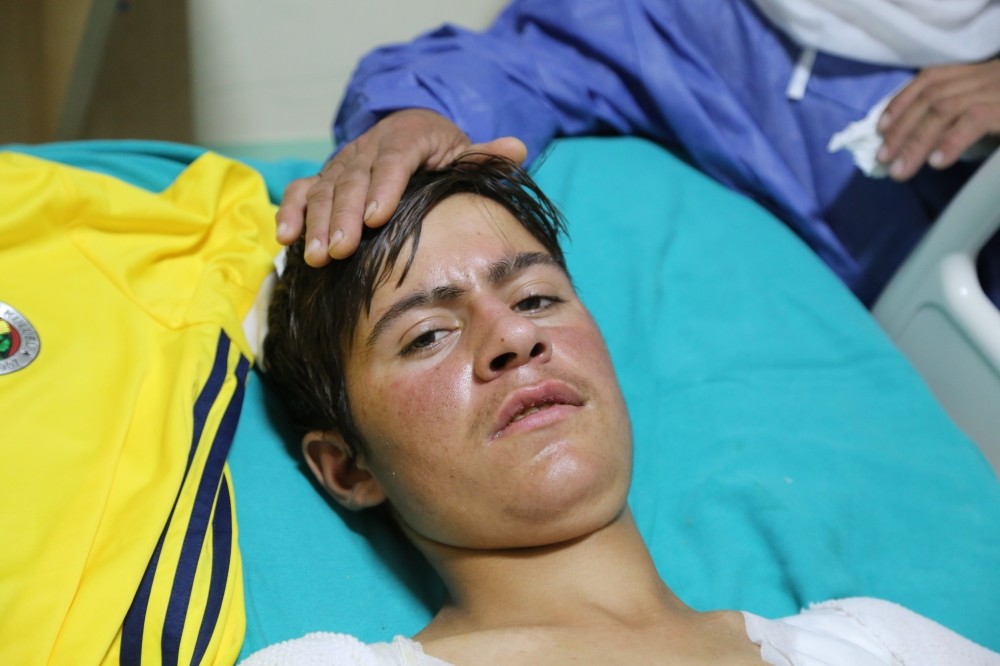 A big supporter of Fenerbahu00e7e, Tau015fdemir wears his favorite team's yellow and navy blue uniform even at the hospital.
by Anadolu Agency
Nov 10, 2017 12:00 am

A 16-year-old shepherd, who lost both of his arms while trying to save a pigeon, dreams of watching Fenerbahçe, his favorite football team, after his recovery. Ramazan Taşdemir, who belongs to a humble family in Diyadin district in eastern Ağrı province, was electrocuted when he was trying to save a trapped pigeon. The teenager has been receiving treatment at the Training and Research Hospital in eastern Erzurum province. A big supporter of Fenerbahçe, Taşdemir wears his favorite team's yellow and navy blue uniform even at the hospital.

"One of my biggest dreams, when I get well, is to see the match of Fenerbahçe at Şükrü Saracoğlu Stadium. I love my team very much," Taşdemir told Anadolu Agency. The young boy said that it was hard for him to forget the unfortunate incident he had gone through.

"I don't regret saving the pigeon, even though I lost my arms," he said.

He said he is very pleased that the Ministry of Family and Social Policy will cover prosthetic arm expenses.

"I broke my wings, they want to fix them. They will slowly build my arms," he added.

His mother Fatma Taşdemir burst into tears while listening to her son and expressed her gratitude to President Recep Tayyip Erdoğan and Prime Minister Binali Yıldırım for their support. "I want nothing but for my son to have arms," she said.

Mehmet Taşdemir, the shepherd's father, said the authorities have always supported them.

"I just want a job for my son in any state institution after he gets well," he said.