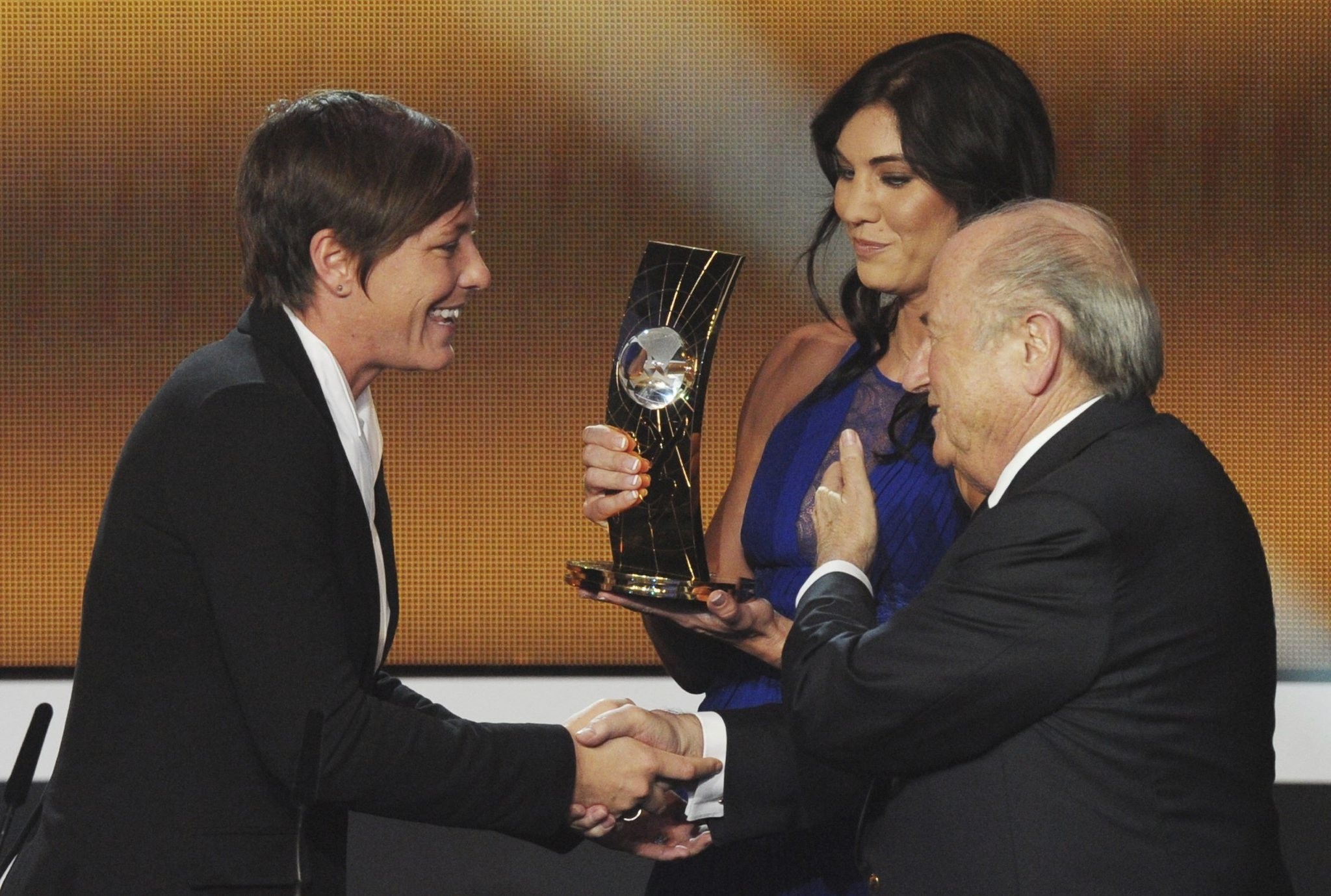 In an interview published Friday in the newspaper Expresso, Solo said Blatter grabbed her rear end shortly before the two appeared onstage at the annual soccer awards event.

A representative for Solo confirmed Friday to The Associated Press that the report was accurate and said the former goalkeeper for the U.S. women's national team had no further comment on the matter.

Blatter could not immediately be reached for comment by the AP, but the embattled former head of soccer's governing body told the Guardian newspaper: "This allegation is ridiculous."

For her career, Solo has made 202 total appearances with the national team, with 153 wins and an international-record 102 shutouts.

Solo's tenure with the national team ended following last year's Olympics in Brazil, when the Americans were ousted by Sweden in the quarterfinals. Afterward, Solo called the Swedish team "cowards" for their defensive style of play.

She was suspended from the team shortly thereafter and has not returned.

Blatter was suspended from office and banned from soccer for six years following allegations of a widespread corruption scandal that came to light in 2015. Both U.S. and Swiss officials cooperated in the investigation, which is ongoing, and more than 40 people have been indicted.

Blatter has also had a history of what many consider to be sexist behavior concerning the women's game.

U.S. forward Alex Morgan has said that Blatter failed to recognize her at the annual award event in 2012, even though she was one of three nominees for the women's Player of the Year.

Blatter also famously argued in 2004 that players could boost the popularity of the women's game by wearing tighter shorts.