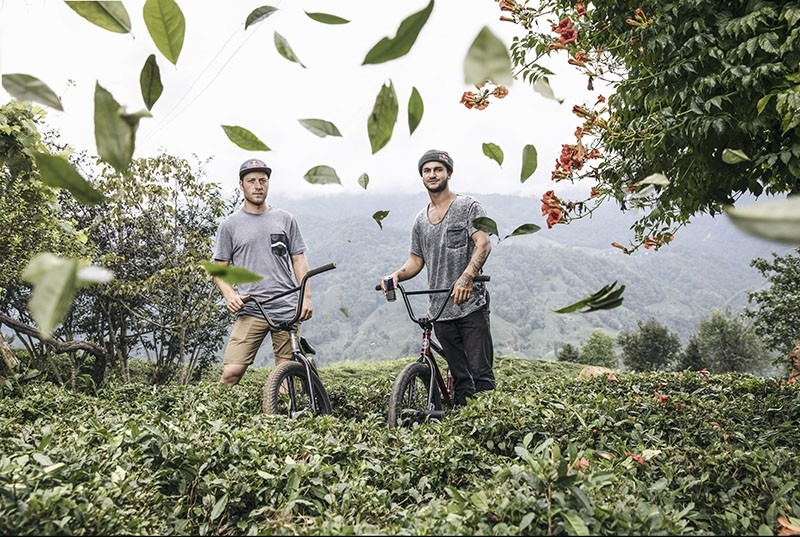 Two BMX performers from Turkey and Spain teamed up for a project titled "Leafy Ride" to take their show to the magnificent greenery of tea fields of Turkey's northern Rize province.

The project was the first dirt jump BMX performance in Turkey, and the first of such performances in the world to be conducted in a tea field.

Both performers, who are known for their street BMX skills, stated that the dirt jump project was an important experience.

31-year-old Layos backed 17-year-old Gül in the performance and wished him a successful career.