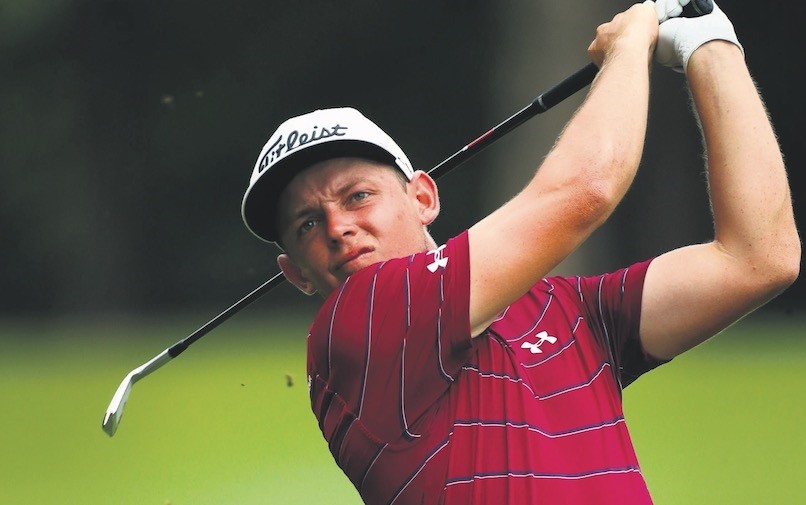 Cameron Smith claimed the Australian PGA championship when he beat fellow Australian Jordan Zunic on the second playoff hole on Queensland's Gold Coast yesterday. Smith and Zunic finished the tournament locked at 18 under par 270 on Royal Pines Resort course. Smith started the day three shots behind Zunic but fired his fourth consecutive sub-70 round with a four-under 68 to peg back the overnight leader.

"I tried to stay aggressive all day," Smith said.

"With Jordan's lead that he had, I thought that I had to stay aggressive. I knew he was playing well."

The 24-year-old Smith grew up in nearby Brisbane and is considered the rising star of Australian golf. He grew up watching fellow Queenslanders Adam Scott and Jason Day. The win was the second of his professional career and follows his success at the Zurich Classic of New Orleans alongside Sweden's Jonas Blixt on the U.S. PGA tour in May. Zunic was disappointed, particularly after his superb eight-under round of 64 on Saturday. But the 25-year-old from New South Wales could not find the same touch as he did on Saturday, his three birdies spoilt by bogeys on the first and 10th holes in a one-under round of 71.

Smith scrambled to save par on the first playoff hole then took advantage on the second when Zunic found a fairway bunker. When Zunic's par-saving putt lipped out, Smith was left with a simple three-footer to win the title. The win makes Smith eligible for the European Tour, who co-sanctioned the tournament, but Smith said he had not thought that far ahead. Adam Bland finished one shot behind Smith and Zunic, three shots clear of Marc Leishman and David Bransdon. Defending champion Harold Varner III was in sixth place on 12-under, while U.S. Masters champion Sergio Garcia faded in the final round with a two-over 74 to finish on six under in a tie for 24th.