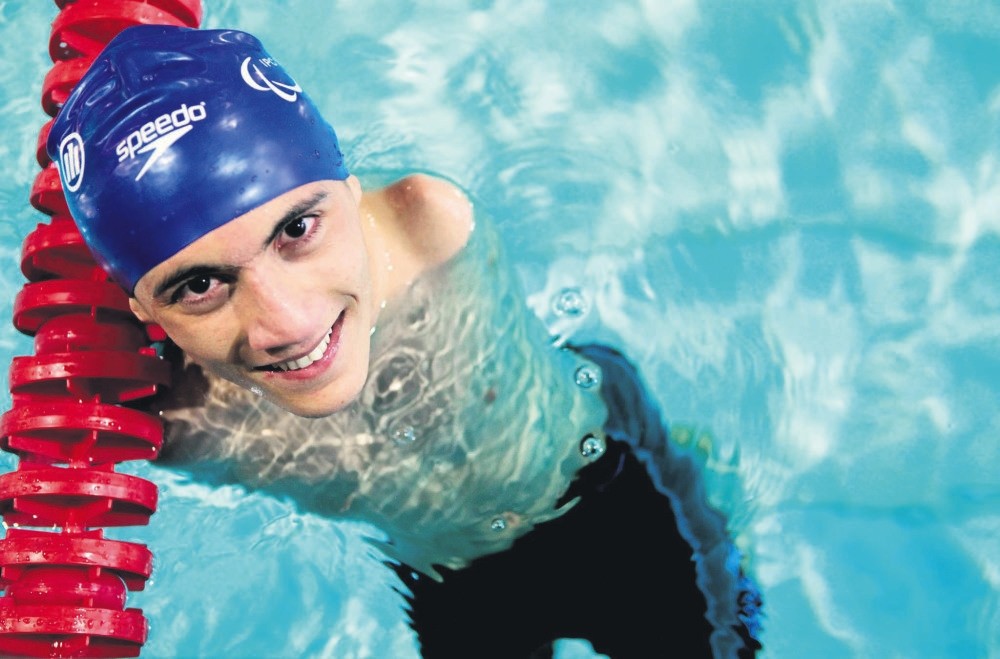 Turkish Paralympic swimmer, Beytullah Eroğlu clinched the World Swimming Championship title in Mexico City Monday. Eroğlu's victory in the men's 50 meters butterfly final made him the first Turkish athlete to win a world title in swimming. President Recep Tayyip Erdoğan and Istanbul Mayor Mevlüt Uysal called Eroğlu to congratulate him on winning the gold medal. The 22-year-old athlete was born in southern Turkey's Kahramanmaraş, without arms and one leg shorter than the other. He led a secluded life as a child, a world open only to close relatives.

Now the young man is determined to keep competing at various international events and win medals for his country. In 2012, he came in seventh place at the London Paralympic Games and in 2013 he narrowly missed out on a bronze medal at the World Championships in Montreal, Canada. Meanwhile, Ercan Temur, 17, 60 percent blind from birth, is another promising young swimmer. Temur has returned with a medal from each competition he took part in over three years. But he had to quit swimming when his family moved to Turkey's southern Osmaniye province, he told Anadolu Agency.

"When I saw that I am successful [in swimming], I started to build my life on it," Temur said.

With only five months' training, Temur attended the Turkish Blind Swimming Championship in northeastern Trabzon province and won three golds and one silver. Temur said he broke his disability by swimming and had the chance to make new friends. He also encourages disabled people to go out and take part in social activities and do sports. Temur's trainer, Musa Torun, noted he was a very talented sportsman. Leaving sports for three years has disadvantages, but they are trying to recover from it, Torun said. He was invited to the Turkish National Paralympic Swimming Team, after his achievements in the tournament, Torun said, adding that Temur's main goal is to attend the Paralympic Games and win medals.