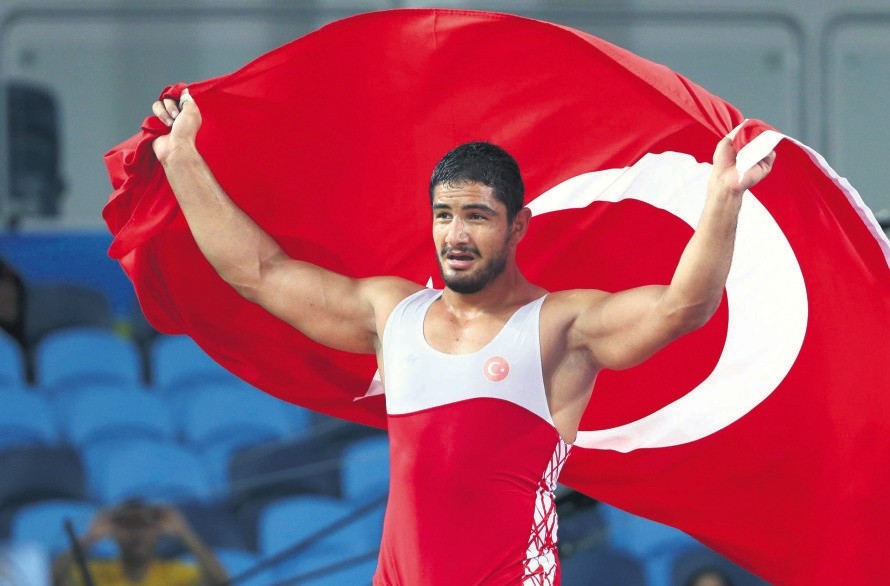 Turkish wrestler Taha Akgül, who has one Olympic, two world and five European titles to his name, is looking to win a gold medal in the 2018 European Wrestling Championship in Russia.

Speaking to Anatolian Agency (AA), Akgül said he missed the chance to win gold at this year's event in Paris, where Georgian rival Geno Petriashvili stunned then reigning world and Olympic champion to claim the title.

"The 2017 Wrestling World Championships was a bad patch for me. But I am over it now and psychologically I am in a better situation. Now, I am focusing on the next World Championships and am working very hard. I am looking to add more medal's to my tally and win a sixth European title. I am completely up for it. I also want to take the top spot in the world ranking.

"Later this month, I will be competing in the National Wrestling Championship. It is also very important to me. I will wrestle with the younger rivals. I hope wrestling fans from all across the country will come to Adana on Dec. 23," Akgül said.

The 27-year-old wrestler added: "President Recep Tayyip Erdoğan gives great importance to wrestling. He calls me ahead of every international competition and wishes me luck. His attention motivates us. I am very proud that he announced a sports hall in Sivas would be named after me. It is a great honor for me."

Akgül competes in the 125-kg division. He won his first gold medal at the 40th Yaşar Doğu International Wrestling Tournament in 2012. At the 2012 European Wrestling Championships in Belgrade, Serbia, Akgül became the champion in his weight category.

He qualified for the 2012 Olympics but could not advance to the quarterfinals after losing to Russia's Bilyal Makhov in the round of 16. He won the gold medal at the 2012 World University Wrestling Championships in Kuortane, Finland.

In 2014 and 2015 he won the world title in the 125-kilogram division. In 2014, he was selected the Wrestler of the Year by the Turkish Wrestling Federation. Akgül defeated Iran's Komeil Ghasemi in the final to win gold in the 2016 Olympics in Rio.