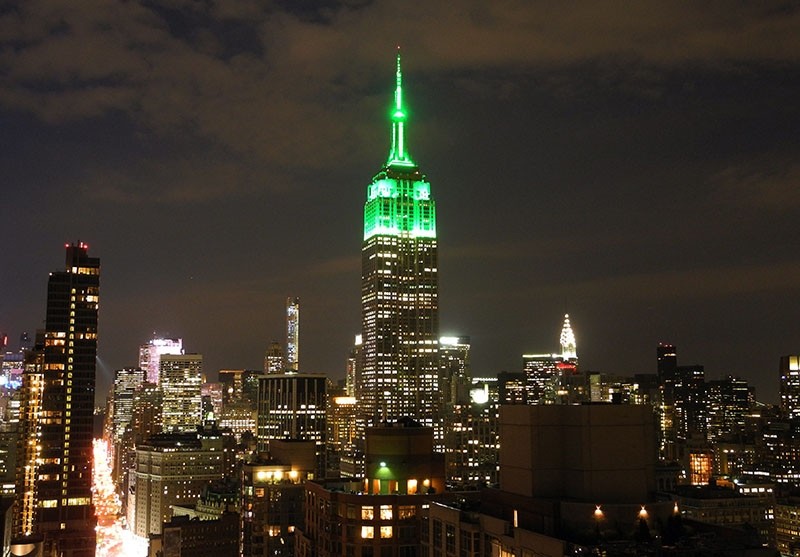 Turkey's national flag carrier, Turkish Airlines (THY) will be the presenting sponsor of this year's Empire State Building Run-up.

The 41st annual competition, the world's oldest and most famous tower race, will require athletes to climb 1,576 stairs to the 86th floor of the fifth tallest building in the U.S. on Feb. 7.

While it takes less than a minute for visitors to reach the 86th floor via elevator, the runners climb the stairs in approximately 10 minutes. Australian athlete Paul Crake holds the record in men's category with 9 minutes and 33 seconds he set in 2003, while it took Andrea Mayr of Austria 11 minutes and 23 seconds to set the record in women's category in 2006.

With a total of 329 passengers and cargo aircraft, THY also has its New York headquarters on the 75th floor of the Empire State Building.

One of the largest carriers in the world, THY sponsored a Hollywood movie in 2016 and ran its commercials during the annual championship game of the U.S. National Football League, Super Bowl, in the past two years.

Before Super Bowl 50 in February 2016, Turkish Airlines sponsored the pre-game commentators' analysis presentation on CBS. The airlines' commercials also ran during Super Bowl 50, watched by 112 million viewers in the U.S., featuring Hollywood stars such as Ben Affleck and Jesse Eisenberg, as part of the movie "Batman v Superman: Dawn of Justice."

In the commercials, Turkish Airlines added two destinations into its large global portfolio, Metropolis and Gotham City, hometowns of Bruce Wayne aka Batman, Clark Kent aka Superman and his arch nemesis, Lex Luthor.

Turkish Airlines also sponsored the film in which a scene takes place aboard one of the company's planes. During Super Bowl 51 in February 2017, 111 million U.S. viewers saw Hollywood actor Morgan Freeman starring in another Turkish Airlines commercial.