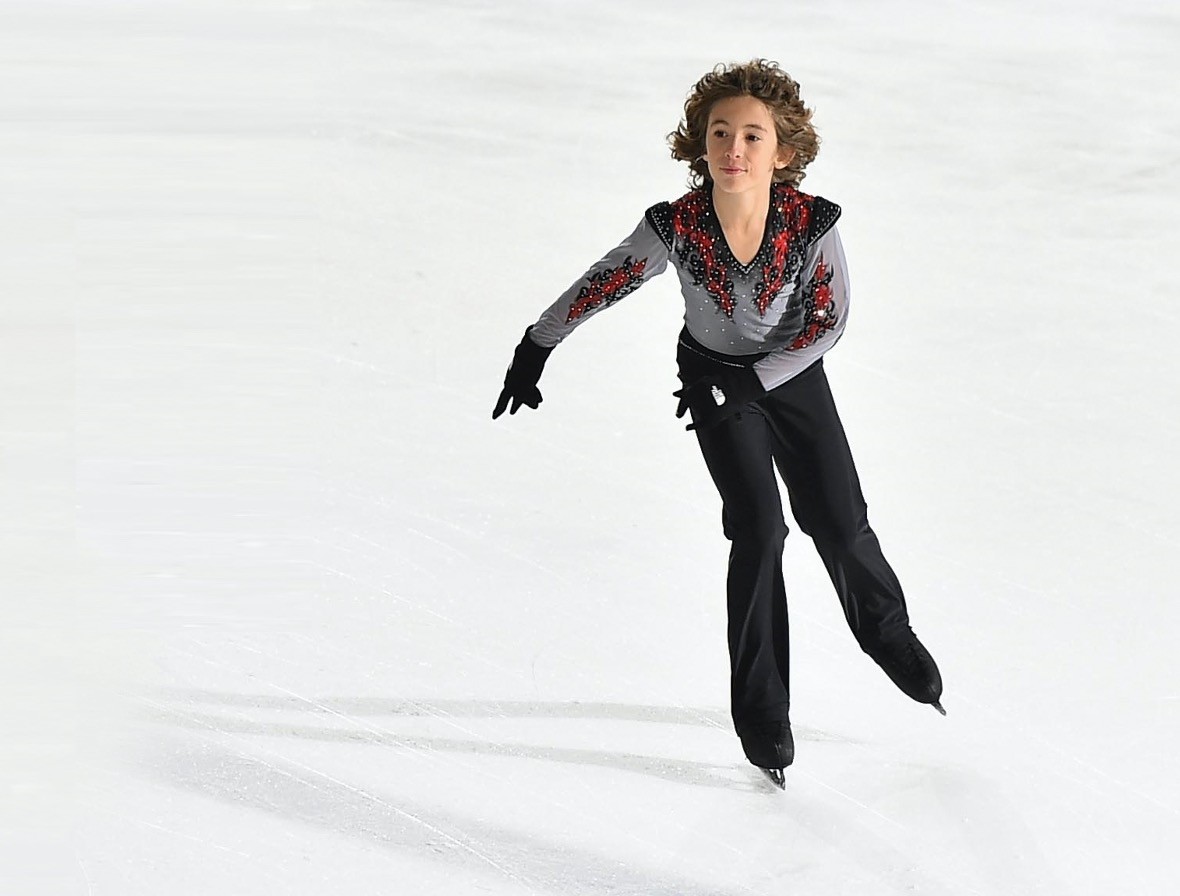 Efe Çetiz, who broke a world record in the Basic Novice A Boys category, looks to break new records during his participation in the Stars category of a major championship in Serbia later this month

A 12-year-old Turkish ice-skater will look to break new records during his participation in the Stars category of a major championship in Serbia later this month. Earlier in January, Efe Çetiz broke a world record in the Basic Novice A Boys category with 23.03 technical points at the Turkey Championships in capital Ankara. Çetiz has been ice skating since he was 6-years-old. He has won around 30 medals, including 25 golds, so far.

His coach Gamze Güner told Anadolu Agency the skater's first experience in the Stars category will be during the 11th Europa Cup Skate Helena in Serbia, which will be held between Jan. 23 and Jan. 27.

"We added Efe to the boys' category four years before his peers. He has always competed with older [athletes]," Güner said.

This time "a much tougher path is awaiting us," she said, adding that normally skaters his age compete in the Stars category two years later. According to Güner, there is no athlete in his age group in Turkey. "Our aim is to be successful in the international arena."

"Efe is an athlete we believe in," Gürbüz told Anadolu Agency. Gürbüz praised Çetiz's success at the Ankara Championship. "The referees may score differently for artistic points but they cannot do that for technical points." "In this sense, Efe's success is great," he said.

Gürbüz also said the federation's aim was to increase the number of athletes similar to Çetiz in the future and train them for Olympics. Güner described his success as "something difficult to do."

She said their aim was to get top points in the boys' category in five years, but "we have achieved this aim earlier than expected."

"Perhaps success might come later in the Stars category," Güner said, referring to Çetiz's next championship in Serbia: "But this should not be considered as a failure." Çetiz's coach added: "He will work hard, and he will go toward his target fearlessly."