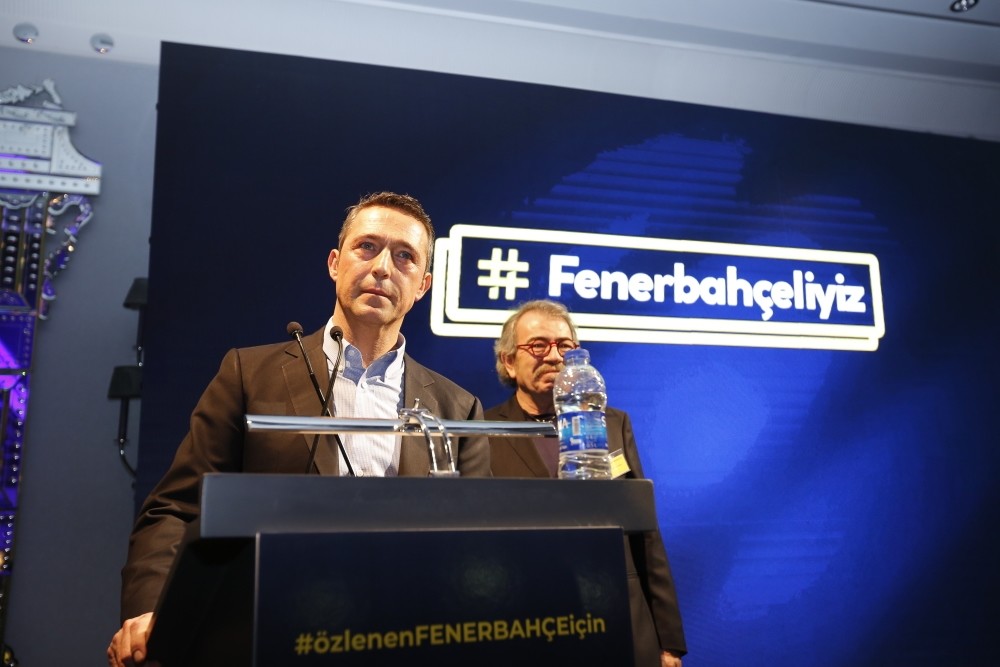 Ali Koç, one of Turkey's most prominent businessmen, is preparing to run for the Fenerbahçe president's office in May. The Turkish powerhouse has been ruled by Aziz Yıldırım since 1998, and Koç is considered to be the sole candidate able to challenge his reign. Speaking to a section of Fenerbahçe fans in Istanbul Thursday, Koç said: "A sports club's in the 21st century cannot perform well if it is ruled by an administration that belongs to the 20th century." "It is unusual for us to announce the candidacy a full year ahead. But during that period, numerous fans have shown me great support, especially after I quit the administrative board in 2012," he said.

"On so many occasions, I've been told what the fans expect. It bothers me, not to be able to fulfill those expectations. So, I did not accept our club president's invitation to join the administrative board in 2015.

"Accordingly, I told the club's 2015 congress that I would take the responsibilities when the time comes. But the situation since has forced me to take action. Because I think the administration model running this club is not unsustainable. This forced me to take a step towards candidacy," Koç said.

"Since I've announced my candidacy we are formulating a strategy. We thought about how a modern club should be structured and have already visited some clubs."

Talking about his future plans, Koç said: "If I am elected the support for amateur branches will continue. The would-be sponsors of current branches are ready. We will open two new branches for handicapped athletes and e-sports."

"We will begin campaigning for the election in February and meet as many congress members as possible. I know Fenerbahçe fans trust me. I guarantee that I will do everything to keep the promises I've made to them," he said. Ali Koç is a third-generation member of one Turkey's wealthiest families and the youngest son of Rahmi Koç. He was also a former board member of Fenerbahçe. He served his fourth two-year term since the board led by Yıldırım came to power. Koç was also a vice president of the club.