From using curtain tracks as skis to Winter Olympics 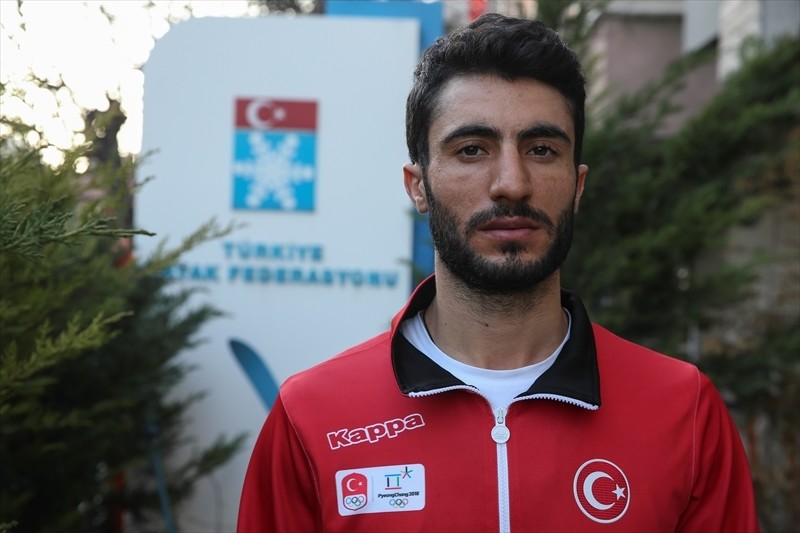 Ömer Ayçiçek, a Turkish athlete who will represent Turkey in the upcoming Winter Olympics, said responsibility has always been a hallmark of success, from his humble beginnings using curtain tracks as skis when he was just 10-years-old, through the development of his skills in high school to today.

The 23-year-old cross-country skiing prodigy will start his gold medal bid in the Pyeongchang 2018 Olympic Winter Games this Friday. But before that, he wanted to share his remarkable story of how he first started out in the sport.

With his head held up high, Ayçiçek said he started cross-country skiing more with curtain tracks that he tied to his shoes. Now he says in an interview with Anadolu Agency (AA), more than 10 years later, he is extremely proud of participating in the Olympics.

Ayçiçek has been cross-country skiing since he was 10-years-old. He has also been donning the national team jersey for four years. After working very hard for many years, he has finally managed to fulfil his dreams of representing his country in the Winter Olympics for the first time ever.

"I am extremely happy that I will finally get the chance to compete in the Olympics. I started this sport by binding the curtain tracks to my feet for skis. Now I do this sport professionally," he said proudly. "I was attracted to this sport when I was a kid and I visited a skiing facility in Abalı, a village in Turkey's eastern Van province. When I first started, I was using curtain tracks as skis but then my uncle directed me to real skiing activities. When the facility was built, I would watch people ski. Now I'm here."

"We have been going through a very intense preparation period for the Winter Olympics. Cross-country skiing includes both classic and skating styles. Our annual training programs are very intense. We ran 6,000 kilometers in order make the cut. I train twice a day for five or six hours in each session."

Ayçiçek explained that in order to compete in skiing in the Olympics, one must place in the top 300 athletes. He himself will compete as the 268th placed athlete in South Korea.

"We will do our best as Turkish athletes for our nation. I believe we will represent our country better than the previous Olympics. We aim to finish in the top 30 for the 2022 Beijing Winter Olympics and the 2026 Olympics," he said. "You will see me in the next Olympics too. You know we easterners usually have to deal with poor conditions. We have to support our families. We have no sponsors. But I worked very hard at this sport since I was 10 years old. I was registered in a sports high school and I was called to the national team shortly thereafter."

"My mother's meals have an effect on me like doping," he jokingly added. "Altitudes are high in the geography we live in. That's why, our endurance levels are high. Besides, we eat more natural foods. Training is more affective in high altitude."

Cross-country skiing at the 2018 Winter Olympics will be held at the Alpensia Cross-Country Center in Pyeongchang, South Korea. The 12 events will take place on Feb. 9-25, 2018. A maximum of 310 spots were available to athletes to compete at the games. A maximum of 20 athletes could be entered by a National Olympic Committee, with a maximum of 12 men or 12 women.

There were two qualification standards for the games: an A standard and a B standard.

On another note, concerning North Korean athletes competing at the Winter Games, American ski racer Ted Ligety told Reuters that he is all in favor of the decision and said that one of the key goals of the Olympics is to help countries overcome their differences through sport.

Ligety, at his fourth Olympics after Turin, Vancouver and Sochi, said the inclusion of North Korea at Asia's first Winter Games outside Japan was a "positive thing".

North and South Korea agreed last month to march together under one flag at the Games and will field a combined women's ice hockey team. The North is sending a total of 22 athletes to South Korea with the remainder competing in Alpine and cross-country skiing, figure skating and speed skating.