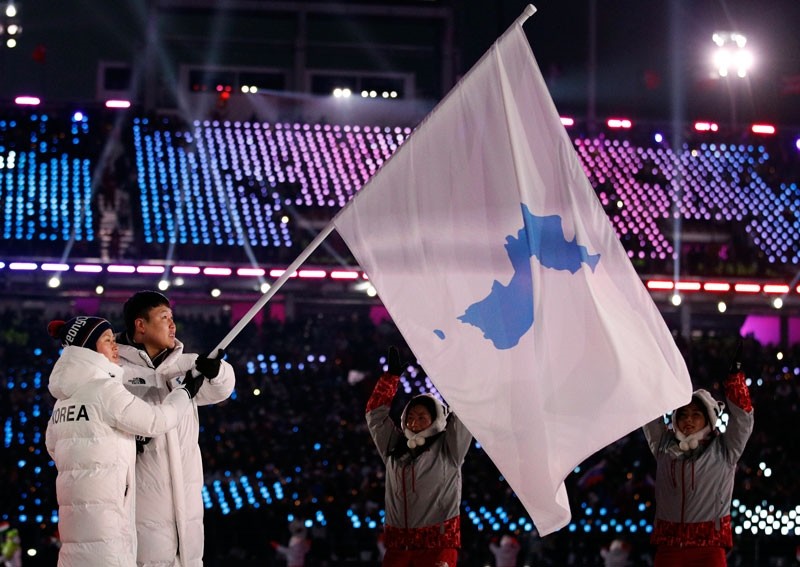 The 23rd Winter Olympics opened in Pyeongchang to a show of harmony on ice which hosts South Korea will hope continue a rapprochement with the North in the divided peninsula.

The two Koreas marched together and South Korea's president shared a historic handshake with Kim Jong Un's sister as the Pyeongchang Winter Olympics opened in a spirit of intense rapprochement on Friday. 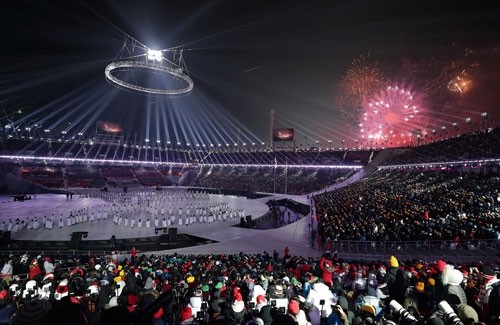 South Korean President Moon Jae-in shook the hand of a smiling Kim Yo Jong, the powerful sister of North Korean leader Kim Jong Un, as he entered the VIP seating section, and again as the Korean athletes marched.

It cemented what has been a rapid improvement in Korean ties since North Korea -- after months of fierce nuclear rhetoric and missile tests -- agreed last month to attend its first Olympics in the South.

Kim Yo Jong, the first member of the North's ruling dynasty to venture South since the Korean War, forms part of the highest level delegation ever to cross the border.

Peace and reconciliation was the dominating theme in a more than two-hour ceremony watched by foreign dignitaries including a delegation from North Korea, heralding two weeks of winter sport with 102 medal events in 15 sport disciplines. 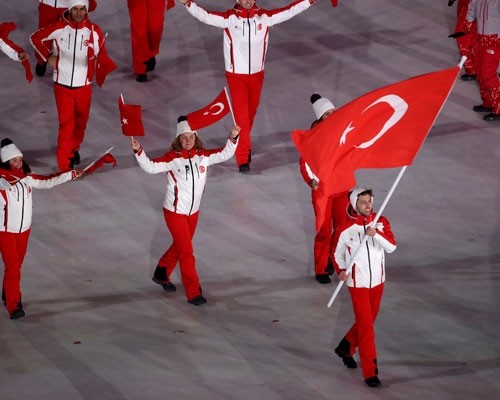 The ceremony, conceived by creative directors Song Seung Whan and Yang Jung Ung, highlighted passion and peace - as reflected in the Games slogan 'Passion.Connected' - as well as traditional and modern characteristics of Korea.

The ceremony was weaved into the story of five children travelling through time and a mythical world, learning about the history and culture of Korea while finding answers to "the questions of peace."

But the ceremony was also as much about the diplomacy off-stage and off the television screens, with a high-ranking North Korean delegation led by Kim Yo Jong, the sister of leader Kim Jong Un, among those present.

US vice president Mike Pence was also on hand in the pentagon-shaped and roofless 35,000-seat stadium, where spectators were given a package with hand warmers, heat pads, a wind cape and a hat to help keep warm in the sub-minus temperatures.

South Korean President Moon Jae In, who declared the Games officially open, used the occasion to shake hands in a first meeting with North Korea's Kim.

North Korea's appearance follows a rapprochement between the two Koreas on the divided peninsula ahead of the Games. North Korea sent 22 athletes and will compete in a joint Korean women's ice-hockey team.

The athletes' almost hour-long parade was led by Greece in Olympic tradition followed by the other 92 teams in alphabetical order according to the Korean alphabet.

With the name of each country written in Hangeul, the teams were led by a placard bearer dressed in snowflake decorations and accompanied by a child holding a traditional lantern. Teams of athletes entered to the music of Korean pop songs.

It is the fourth time the two Koreas have marched together at an Olympic opening ceremony, following Sydney 2000, Athens 2004 and Turin 2006.

Russian athletes meanwhile entered the stadium behind the Olympic flag as independent Olympic Athletes from Russia, following their country's ban over doping. A volunteer from the Korean organizers carried the flag.

And there was a big cheer for Tonga lone competitor Pita Taufatofua, who appeared topless in a traditional Tongan skirt as he did when he appeared at the 2016 Rio Games.

Earlier in the day the Court of Arbitration for Sport (CAS) in Pyeongchang dismissed appeals by 45 Russian athletes, and two former athletes now employed as coaches, to appear at the Games after they were not invited by the International Olympic Committee (IOC).

IOC president Thomas Bach, in his speech, alluded to doping by calling on athletes to "stay clean."

"You can only really enjoy your Olympic performance if you respect the rules, and stay clean," he said. "Only then will your lifelong memories be the memories of a true and worthy Olympian."

Bach also hailed the joint march of the Korean team, saying: "All the athletes around me, all the spectators here in the stadium, and all Olympic fans watching around the world ... we are all touched by this wonderful gesture."

The identity of the person or persons lighting the Olympic cauldron - always a well-kept secret - was revealed after the Olympic flame, which had traveled throughout Korea for the past 101 days, entered the stadium.

It was carried by the last torchbearers, a pair of hockey players from the unified team, up the stairs of a ramp to the moon-shaped white porcelain cauldron, with 2010 Olympic figure skating gold medalist Kim Yuna doing the final honors.

The Olympic flame will burn until the closing ceremony on February 25. The first five gold medals will come on Saturday, in cross-country skiing, short track, speedskating, biathlon and ski-jumping.