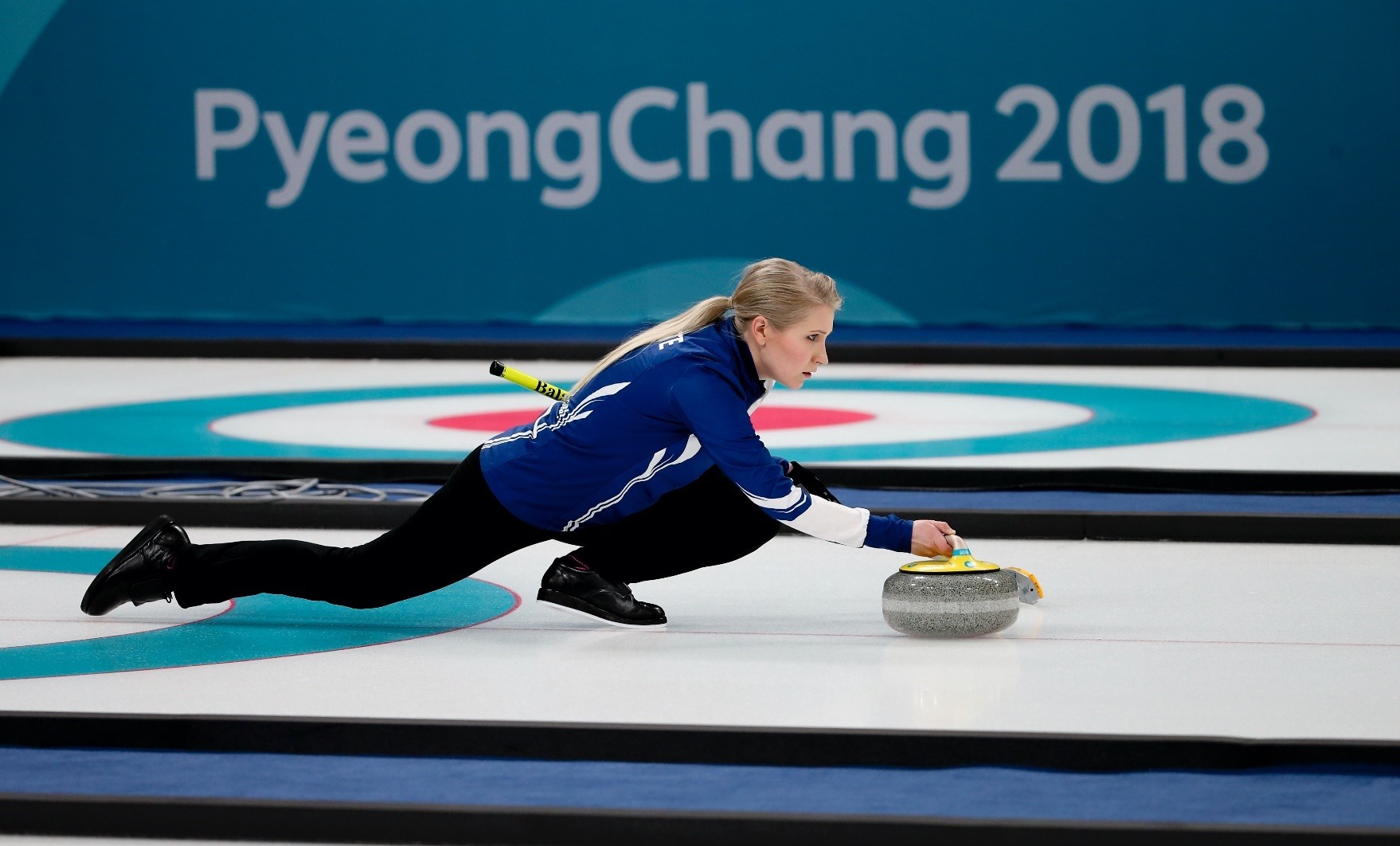 Finlandu2019s Oona Kauste throws a rock while training ahead of the 2018 Winter Olympics in Gangneung, South Korea.
by Compiled from Wire Services Feb 09, 2018 12:00 am

While the official opening ceremonies are not until tonight, the first mixed doubles curling event in the Olympic Games began a day early to open 18 days of competition that will conclude with the February 25 closing cermonies. The United States had a successful head start into the Winter Olympics, upsetting the world champions from Russia 9-3 in curling mixed doubles. Becca Hamilton and her brother Matt Hamilton never looked back after a 3-0 lead in the opening frame and wrapped up victory yesterday over the husband-and-wife pair of Anastasia Bryzgalova and Alexandr Krushelnitckii after seven of the eight ends.

"We really capitalised on misses and got the win at the end of the day," Becca Hamilton said.

Canada's Manuel Osborne-Paradis recorded the quickest time in the first of three men's downhill trainings for Sunday's blue riband race; while men's ski-jumping qualifying on the normal hill was set for late in the day. Mixed curling is one of four new events at the Pyeongchang Games, along with the alpine ski team event, speed skating mass start for men and women, and men's and women's snowboard Big Air, according to dpa.

Local fans had something to cheer as South Korea beat 9-4 at the curling centre in the coastal town of Gangneung. Norway defeated Canada 9-6 and Switzerland outlasted China 7-5 in an extra ninth end to complete the opening ties of round-robin play, with the second round scheduled for the evening. Under blue skies at the Jeongseon Alpine Centre, Osborne-Paradis topped the timesheets in 1 minute 40.45 seconds, 0.31 seconds ahead of Kjetil Jansrud from Norway. Austria's Matthias Mayer, the 2014 Olympic downhill champion, was fourth fastest, and reigning world champion Beat Feuz of Switzerland 15th.

Meanwhile, doping hangs over Olympics before they even begin, according to Agence France Press (AFP). The casual viewer of the Pyeongchang Olympics could be forgiven for wondering just how many athletes are doped after a raft of recent revelations in winter sports, despite "every effort" to crack down. Endurance sports such as cross-country skiing and biathlon have come under the most scrutiny, but - much like the Summer Olympics - no discipline has been completely unscathed in the build-up to the Games, which open on today. Russian athletes deemed "clean" will compete under a neutral flag after their country was banned for a well-orchestrated drugs cheating system four years ago. Speaking on the eve of the Games in South Korea, World Anti-Doping Agency (WADA) president Craig Reedie attempted to assuage the concerns of athletes who fear their rivals could dope their way to gold. There had been "very substantial" testing ahead of the Games, he said. But recent Winter Games reveal grounds for scepticism. Doping at the Winter Olympics reached its nadir with the Russian plot four years ago in Sochi. The 2014 Games, hosted at enormous cost by Russia in the Black Sea resort, marked a new low with allegations of state-sponsored doping and the mass switching of test samples in favour of Russians.