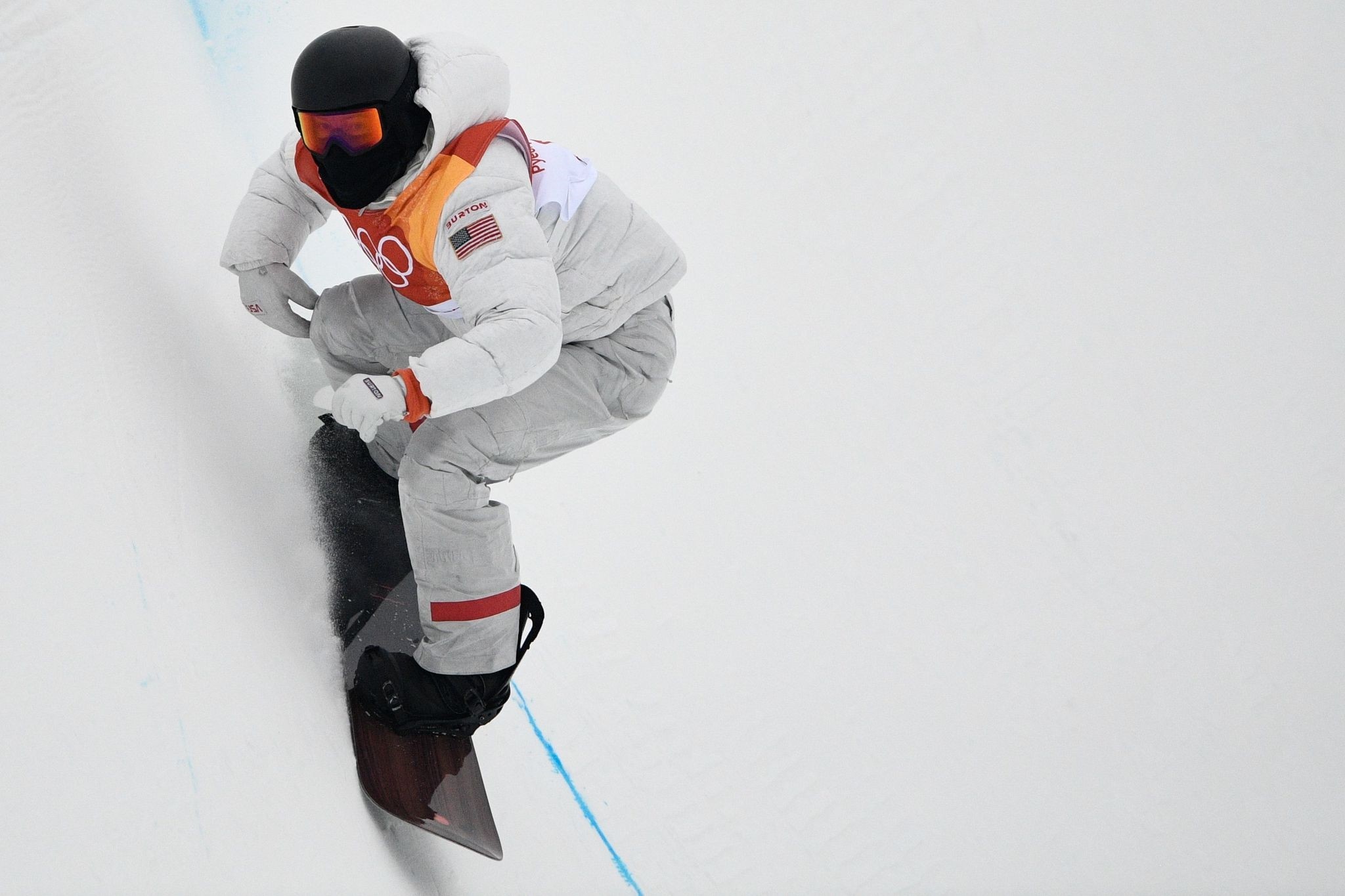 Snowboarding at the Olympics turned 20 this year, and there's a good chance that in another two decades, people will still be talking about the contest that went down in the mountains of South Korea yesterday. They will definitely still be talking about Shaun White. It wasn't so much that White won his third gold medal to place his name among the greatest to compete in the Olympics, or in any realm of sports, for that matter. It was the way he did it. His winning run capped a contest that, even before he dropped in for the finale, was the best, in terms of pure difficulty, showmanship and guts that has ever been seen on a halfpipe. It came with the heart-thumping pressure of knowing he had to land the most difficult run he ever attempted, or settle for silver. It included back-to-back jumps, each with 1440 degrees of spin, that are, quite literally, death-defying. They were tricks White said afterward that he had never landed in succession not in practice and, of course, never in a contest.

"I knew I had it in me," he said. "The fear was out of the door. I'm at the Olympics. I had to do it. I'm standing at the top, in my favorite position, with the pressure of the world and one run to go. Man, it brings out the best in me. I'm so glad that's a part of me as a competitor."

On the winning trip, White got the tough stuff out of the way early, dropping straight into the halfpipe, flying nearly 20 feet above it and whipping his body around twice while going head-over-heels two times for the first 1440. He landed high enough on the wall to gather sufficient speed to travel to the other side and essentially do a mirror image of the first trick. From there, it was simply a matter of staying upright. He performed what's known as the Sky Hook - a 20-foot vault above the deck in which he bent himself into the shape of a comma, while grabbing the board and tweaking it up toward his backside to show judges the style they demand. His final trick was one he patented: the Double McTwist 1260, in which he took off from the wall for two flips with twists, grabbing the board and practically wrestling it over his head to complete the jump and stick the landing. He knew he'd done it, but the wait -about 120 seconds - was agonizing.

"I was trying not to make eye-contact with the judges," White said. The score came up. A 97.75. It was enough to beat Ayumu Hirano, the 5-foot-2, 19-year-old from Japan who has been asked , quite often, exactly when he was going to beat Shaun White. Australian Scotty James, who made news at the start of the games by complaining about judging, finished third with a run that included three double-cork 1260s; it was a performance that would've won all but a handful of all the contests ever held up through last December. But it was Hirano, who now has back-to-back Olympic silvers, who set the stakes for these games by becoming the first man to land the back-to-back 14s at the Winter X Games last month. He did it again on his second run under a slate-gray sky in Pyeongchang to set the mark (95.25) that White would have to beat. White did it.