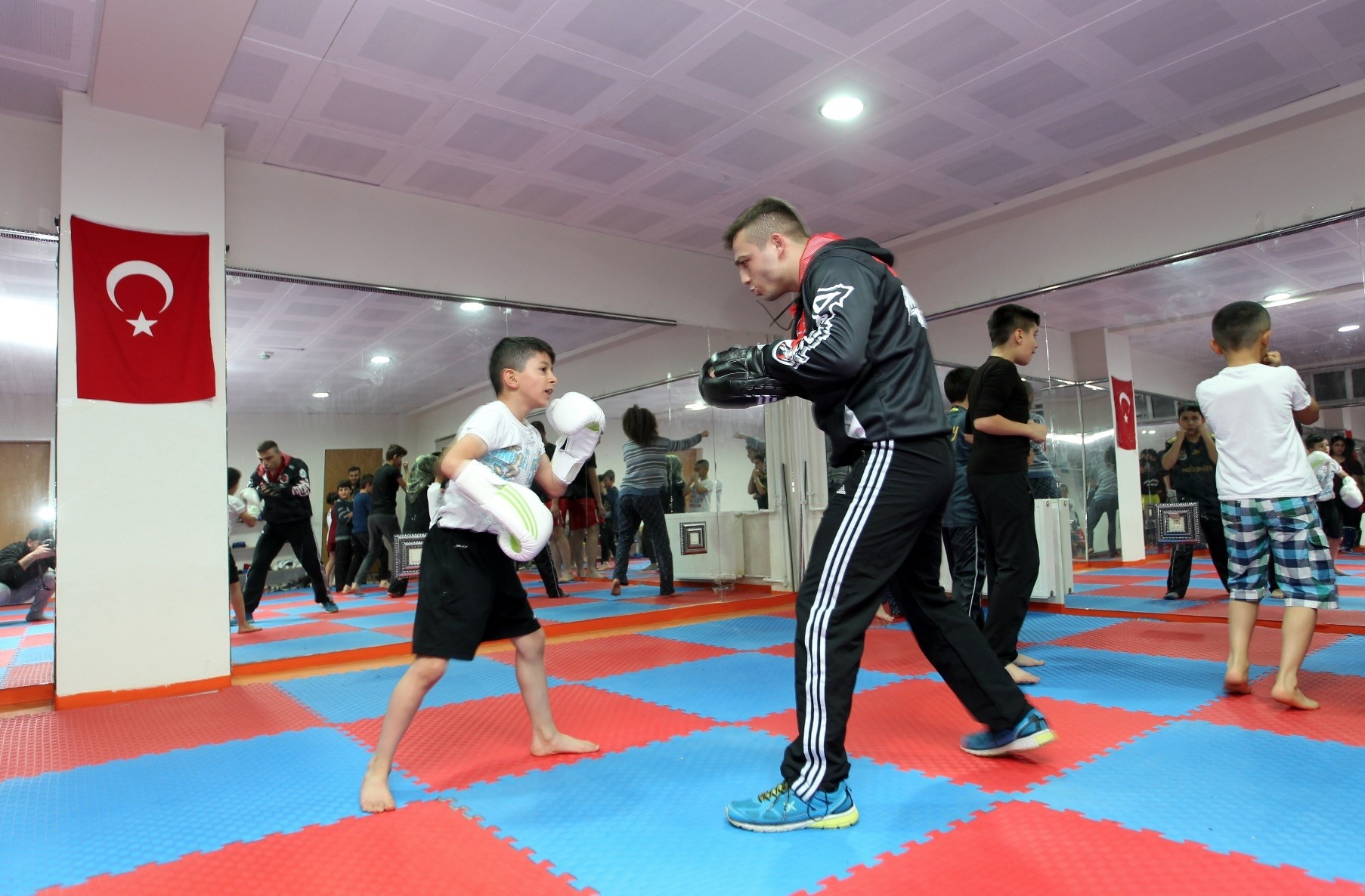 Drawing from their skills, officers from elite special ops units train dozens of disadvantaged children martial arts in southeastern Turkey, which has been cleared of terrorism in the past two years

In Hakkari, a southeastern province that was once synonymous with a campaign of violence by the PKK terrorist group, the disillusioned youth finds an opportunity to fight for a good cause - a future in sports.

A group of special operations officers, deployed in Hakkari for counterterrorism operations, offer free training in martial arts to hundreds of kids. The purpose is simple: to save them from a terrorist group that is seeking young recruits amid its dwindling manpower.

Ünal Aşık, an officer who teaches the youngsters Muay Thai, says he wants them to be national athletes "competing in international contests" rather than "victims of bad habits." Aşık is among four officers who, when off-duty, give free training at a sports club run by the local law enforcement agency.

Along with martial arts such as judo and karate, officers also teach children something a little less intense - table tennis. Reşit Güldal, the head of the local authority that runs state-sponsored gyms in the city, says some 180 children benefit from training. "Officers really invest their time to improve the skills of these children. I hope they will be national athletes one day," he told Anadolu Agency.

Aşık, who offers free classes three days a week, says he decided to split the daily sessions to two upon huge demand. "The number of enrolled children grows every day. Families are enthusiastic to have them sign up with us. We want to win over these children," he said.

Since 1990s, Hakkari has been a hotbed of terrorism, with the PKK - which claims to fight for Kurdish self-rule in the region - exploiting its predominantly Kurdish population to draw recruits. Years of insecurity and instability in the region stunted its economic growth and boosted migration to other cities. Sports were only a pastime for most people in the region due to lack of training facilities. Murat Yalçın, a police officer who teaches the local kids karate, says the classes also helps children socialize.

"Families are also very supportive. Children are really interested because this is something new for them," Yalçın said.

Ayhan Avcı, another officer who teaches judo, says they wanted to instill children "a sense of unity and a love for the sports." "Maybe one day they will represent Hakkari in judo contests and win gold medals. They are very excited and willing to win," he added.