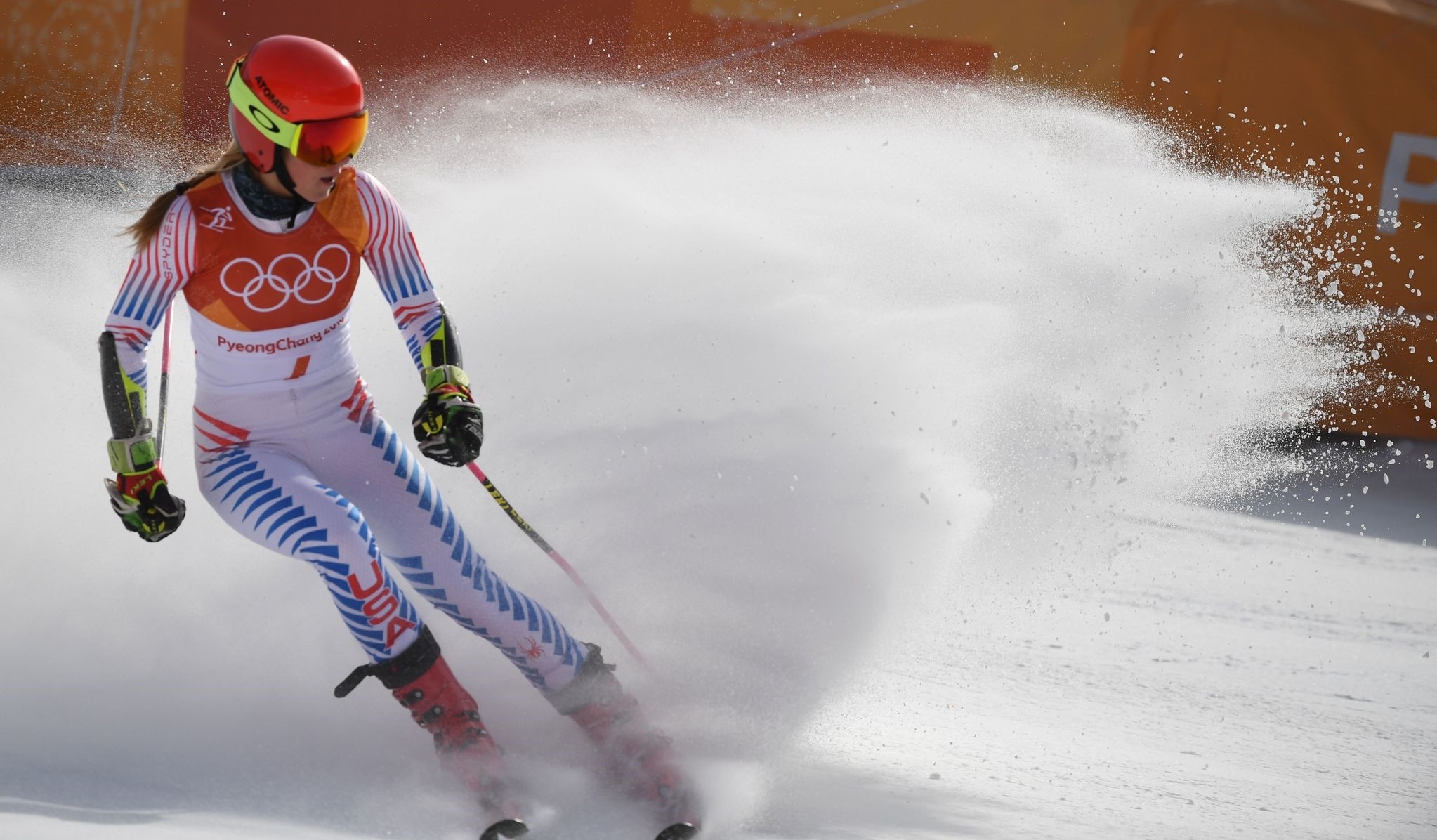 Skier Mikaela Shiffrin opened her Olympics with a win, and figure skaters Aljona Savchenko and Bruno Massot smashed a world record to grab gold as full Olympic competition resumed after days of disruption by wind

The 22-year-old Shiffrin kicked off her bid for multiple titles in Pyeongchang with a storming second run in the giant slalom, ending a nervous wait after it was postponed because of high winds on Monday. The Sochi 2014 slalom champion from America looked emotionally overcome after her powerful descent brought her victory over Norway's Ragnhild Mowinckel by 0.39 seconds. Earlier, Aksel Lund Svindal, 35, became the Olympics' oldest alpine ski champion in the men's downhill, with Kjetil Jansrud completing a Norwegian one-two. "Attacking Viking" Svindal, coming to the end of a stellar career, clocked 1min 40.25sec down the 3-kilometer-long Jeongseon course to hand Norway its first Olympic downhill gold. "It feels pretty good. I'm extremely happy," said Svindal. "World Cup wins, I've been there a few times and know how that feels, but this is different [...] It's one of those things where you keep looking up the hill because I want to make sure it's real, like no one comes and skis faster."

The Germans Savchenko and Massot were in floods of tears after they won the pairs figure skating by a whisker ahead of China's Sui Wenjing and Han Cong, who missed out after Sui took a tumble. After an error in the short program, hopes had faded for Savchenko and Massot but they scored 159.09 points in the free dance, breaking their own world record, to pull off a fairytale victory. To roars from the crowd, French-born Massot then lifted Ukrainian-born Savchenko onto the top step of the podium. Meagan Duhamel and Eric Radford of Canada took bronze. "I was positive after yesterday. I said to Bruno, we will write history today. And then everything happened as I had imagined it and it came true," Savchenko said.

North Korean duo Ryom Tae Ok and Kim Ju Sik, supported strongly by their country's all-female cheering squad and the home South Korean crowd, scored a personal best total of 193.63. "I was very nervous about the competition, but once we went in, the sight of our cheer squad and the southern countrymen cheering together offered great support and stimulation," said Kim.