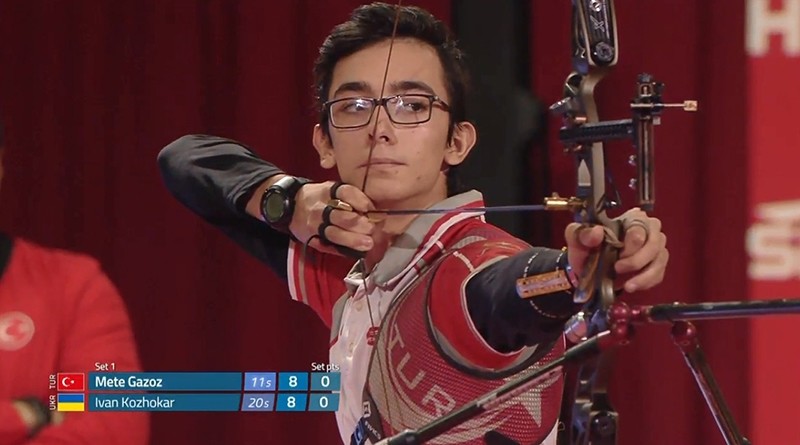 Mete Gazoz, who also represented Turkey at the 2016 Brazilian Olympics in Rio de Janeiro, was beaten by a Ukrainian opponent Ivan Kozhokar in the final.

Representatives of 32 countries across the globe were in competition at the World Championships that began last week and conclude Monday, Feb. 19.

Gazoz is currently a high school student in Istanbul's Bahçelievler district. He began archery only eight years ago, making his international debut in 2013.