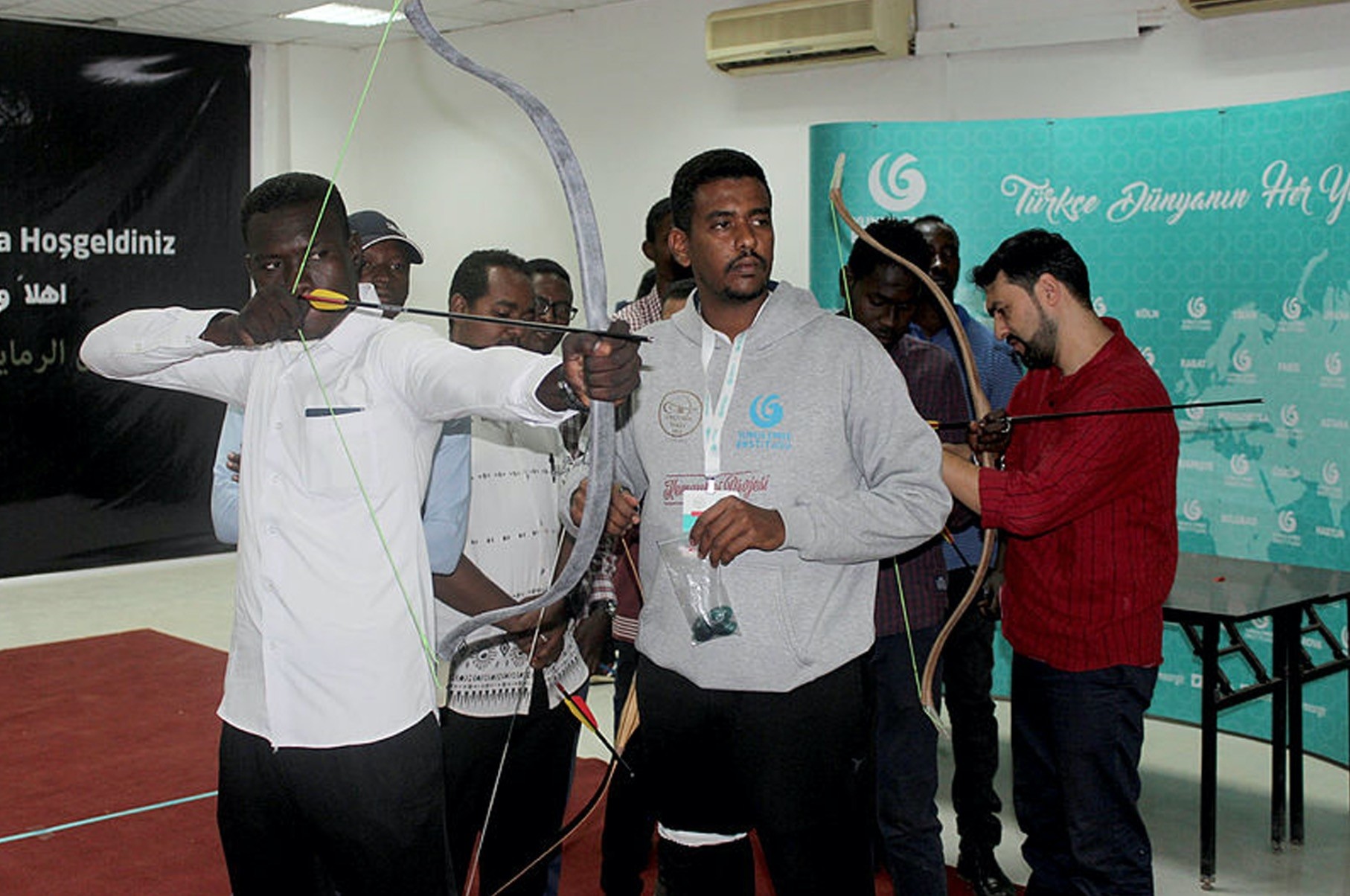 Having learned Turkish archery in Istanbul at the Yunus Emre Institute, archery trainers now teach to Sudanese trainees.
by Anadolu Agency Feb 22, 2018 12:00 am

Yunus Emre Institute (YEE) and Foundation of Archers organized a Turkish archery course at the capital of Sudan, in Khartoum.

The course initiated at the Africa Technology Center Building welcomed 35 trainees and the first lesson given by Sudanese trainers, who were trained in Turkey, was about the history and main rules of archery. The trainees also had the chance to actually practice archery after the course.

Turkey's Khartoum Ambassador İrfan Neziroğlu attended the opening and in his interview to Anadolu Agency (AA), she noted that the archery, which is in Sudan's culture will strengthen the bonds between the two countries.

Assistant Manager of YEE Khartoum Cultural Center, Fahri Yılmaz, added that the course has started within the scope of Kemankeş Project and will last for 12 weeks. He further noted Sudanese have shown more interest than expected and the registration is still open.

Archery trainer Ahmet Abdrurrahman Beşir stated that he has travelled to Turkey to learn Turkish archery and that he was trained by some of the best trainers in Istanbul at Yunus Emre Institute. "I am pleased to transfer some of my knowledge to the Sudanese," added Beşir.

One of the trainees, Sena Fikri Said, noted that she also made new friends while learning the art of Turkish archery and added, "I want to learn all details of archery until the end of the course and succeed in this field in the future."