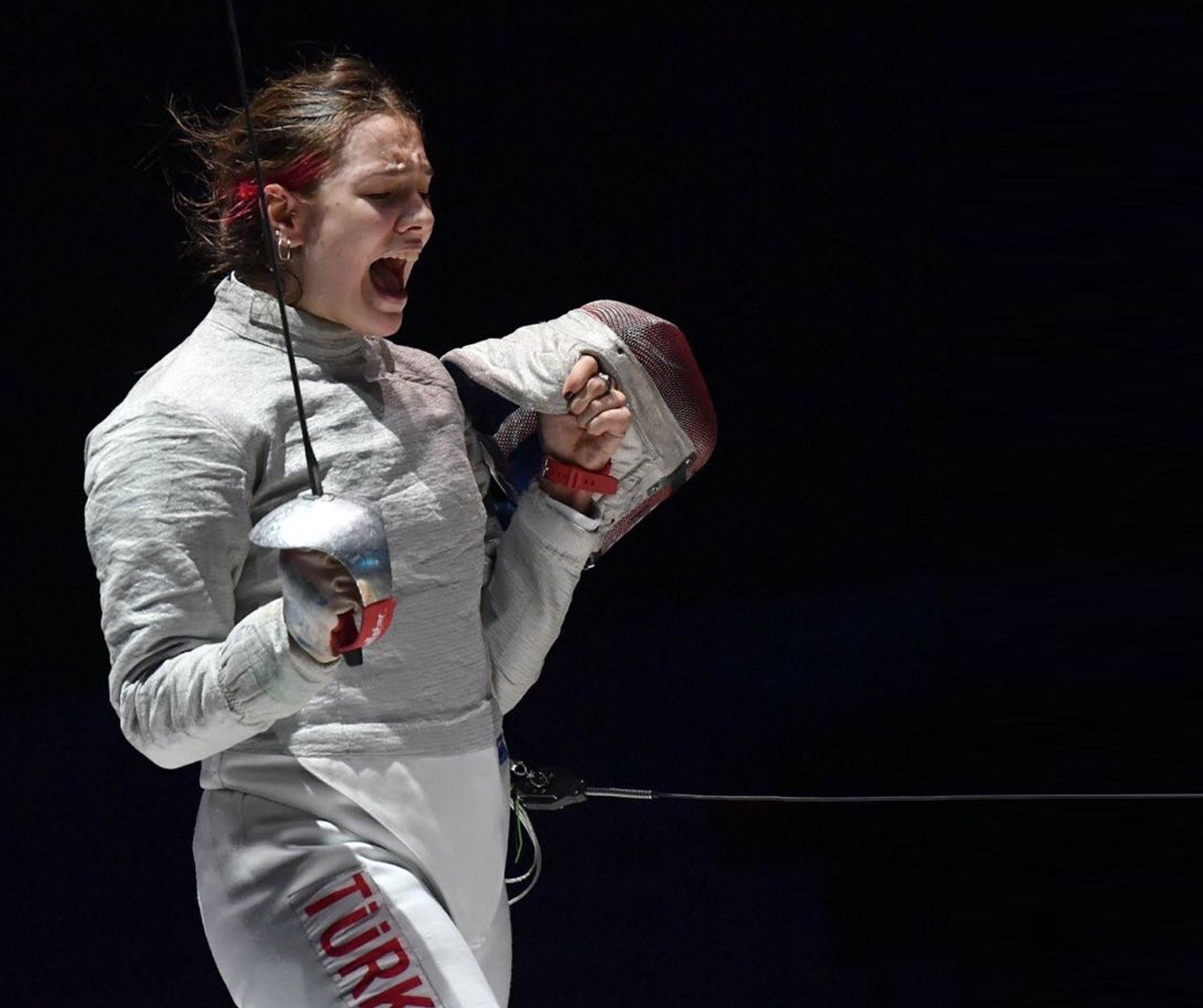 Deniz Selin Ünlüdağ made history Sunday when she became the first Turkish woman to win a European fencing title.

She is only the second Turkish fencer and the first woman to win gold at a European championship. Some 56 fencers from across the continent participated in the tournament.

Ünlüdağ advanced to the last 16 by beating her Italian rival Gaia Pia Carella 15-7.

In the last 16, she overcame Romania's Felicia Jakob 15-12 before beating Hungary's Valentina Nagy 15-9 in the quarterfinals. The Turkish fencer defeated Russian Darya Drozd in the semifinals to set up a final match against Bulgaria's Yoana İlieva.

In a hard-fought match, Ünlüdağ triumphed 15-11 to clinch the title. She was also part of the Turkish women's saber team that took the first place in the U23 European Championships.

Turkey Fencing Federation Chairman Murat Atalı said with Ünlüdağ's title they have proven that their recent success is no fluke.

"We dedicate this championship to those heroic soldiers who sacrificed their lives in Operation Olive Branch in Afrin, Syria," Atalı said. "Our national fencers have been making histories. Deniz has got the return for all her hard work at Turkey's Olympics Preparation Facility."

Nisanur Erbil, the other Turkish fencer at the tournament, also finished in the top five.

Acar, 17, had also made history at last year's World Cadet and Junior Fencing Championships in Bulgaria after beating his American rival Christopher Walker 15-13 in the final.

The victory had come only a month after Acar brought Turkey its first European fencing title by winning the Europe Cadet and Junior Fencing Championship.