Bursa to take on Olympiacos in CEV Challenge Cup final 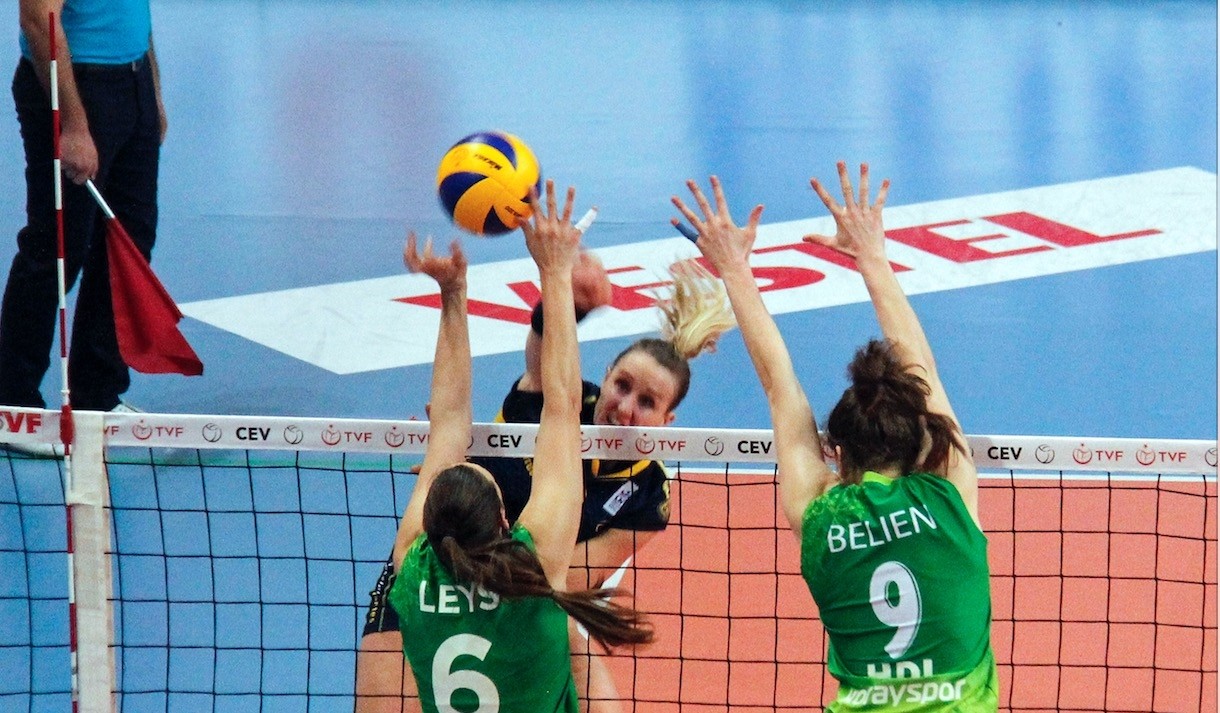 Bursa Büyükşehir Belediyespor has reached the final of CEV Challenge Cup after it beat Nantes for the second time, achieving a clean score in both games.

The Turkish team will now be meeting Olympiacos in the final in April. Olympiacos beat Dinamo Krasnodar in straight sets.

Nantes, happy to play the CEV Challenge Cup semifinal for the first time in their history, welcomed its Bursa BBSK at Mangin Beaulieu.

After losing the first match 0-3, Nantes had a big goal as they wanted to push the titleholders to play a decisive Golden Set to qualify for the final.

The French team, playing in front of a big crowd, kicked off the match with an 8-6 lead and the game continued to be tight.

Nantes played very carefully, led by Pauliina Vilponen, but couldn't win the first set facing a full-of-confidence Turkish team and its outside spiker Emiliya Dimitrova, who eventually helped them towards a 25-18 win.

Bursa increased the intensity of its game at the very beginning of the second set, widening its advantage (8-2, 16-6). Despite a good series of points by Nantes towards the end of the set, the Turkish club won it 25-16, thus putting an end to Nantes's hopes of progressing to the next phase.

Nantes, already eliminated from the competition, tried to resist until the end of the last set, but the visitor emerged victorious once more (25-23) to seal another 3-0 victory.

Berit Kauffeldt, a middle blocker of Nantes said: "We played against a better team. Bursa was stronger than us and we couldn't reverse the trend in this semifinal match."

Sylvain Quinquis, coach of Nantes said: "Bursa didn't give us any chance. They dominated this semifinal. We do not have any regrets. Our journey in this competition is already a success."