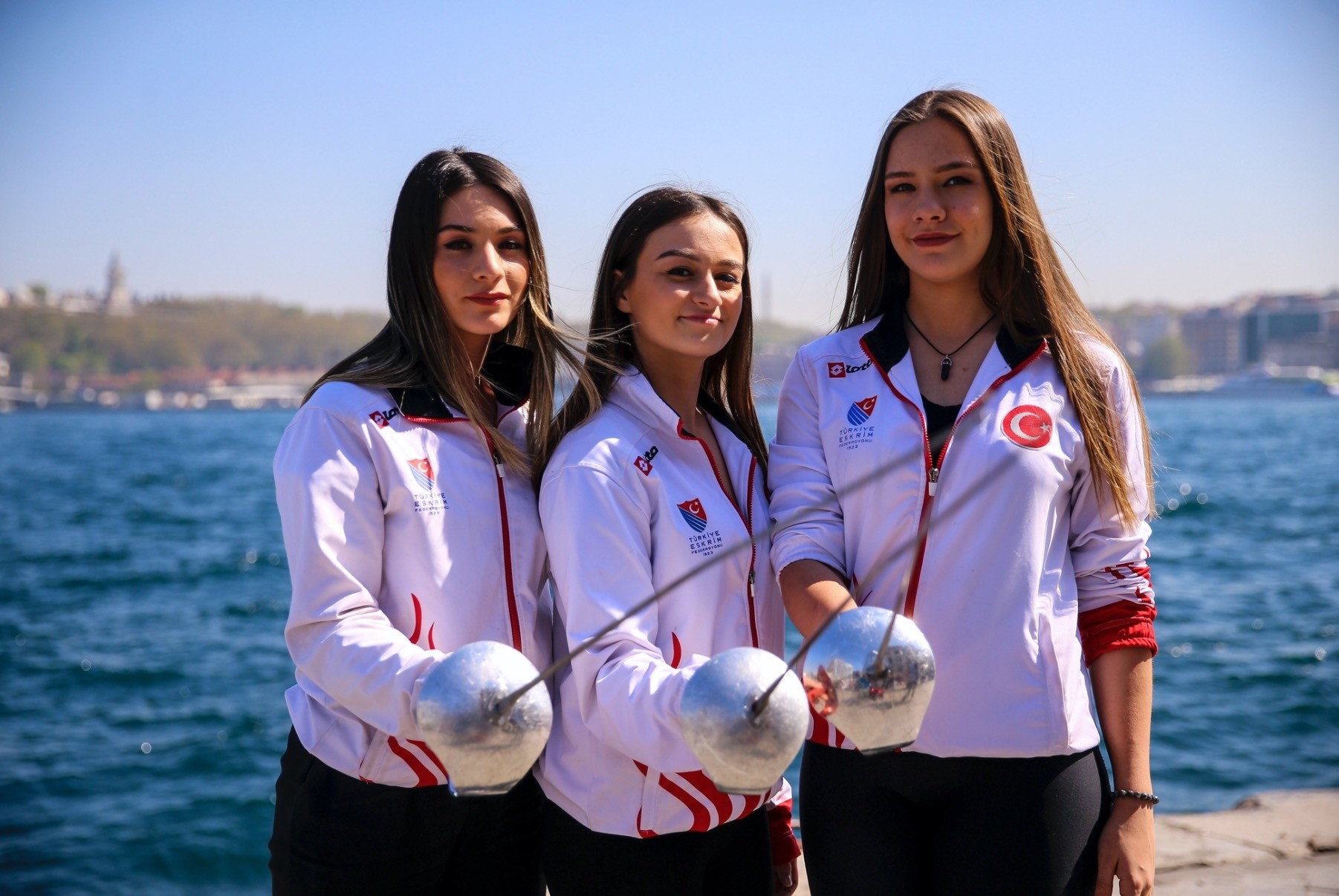 With Deniz Selin Ünlüdağ becoming the first Turkish female fencer to win gold at the European Fencing Championship, there is rising interest in fencing across Turkey

With a number of international successes, fencing is finally catching up as a sport in Turkey. Its recent surge in popularity has come thanks to the likes of Deniz Selin Ünlüdağ and Aylin Çakır, who are part of a group of young Turkish fencers.

"When I step onto the floor, the world stops. It has such a sweet excitement that is almost impossible to express in words," Ünlüdağ told Anadolu Agency (AA).

Not long after Ünlüdağ's victory, Turkey was honored once more when Aylin Çakır claimed a bronze medal in the same competition. Talking about her passion for fencing, Çakır described it as "one of the best sports in the world." She said more and more young people should take up sabers.

"Everyone who wants to taste success after hard work should start fencing," said the 17-year-old.

Calling it the "sport of chivalry," Ünlüdağ highlighted how fencing can help children and young people keep their mind and body fit.

"Fencing can help children with attention deficit disorder and hyperactivity, as well as those who face problems concentrating; because it is like a game of chess played on the floor," she said. Following their successes in Sochi, now Ünlüdağ and Çakır have set their sights on the 2020 Summer Olympics in Tokyo.

"I was always sure of myself, and I still am," Ünlüdağ said.

Çakır, for her part, said they were capable of similar successes in adult's events.

The young female fencers chalked up their success to hard work and discipline.

"We want to end the misconception that fencing is a sport only for the elites. It's an elite sport, but it's not only for the society's elites," said Murat Atalı, head of the Turkish Fencing Federation. Talking about the federation's efforts to popularize the sport in Turkey, he said, "We are trying hard to take fencing to the masses."

He said there are fencing venues all across Turkey as well as provincial representatives, trainers, and clubs. He pointed out Turkey's rising interest in fencing and said currently there are some 4,000 fencers in the country. He also hailed the recent successes of Turkish fencers, who have made the sport more high-profile and attractive.

"Hard work and talent are enough for success in fencing," Atalı said.