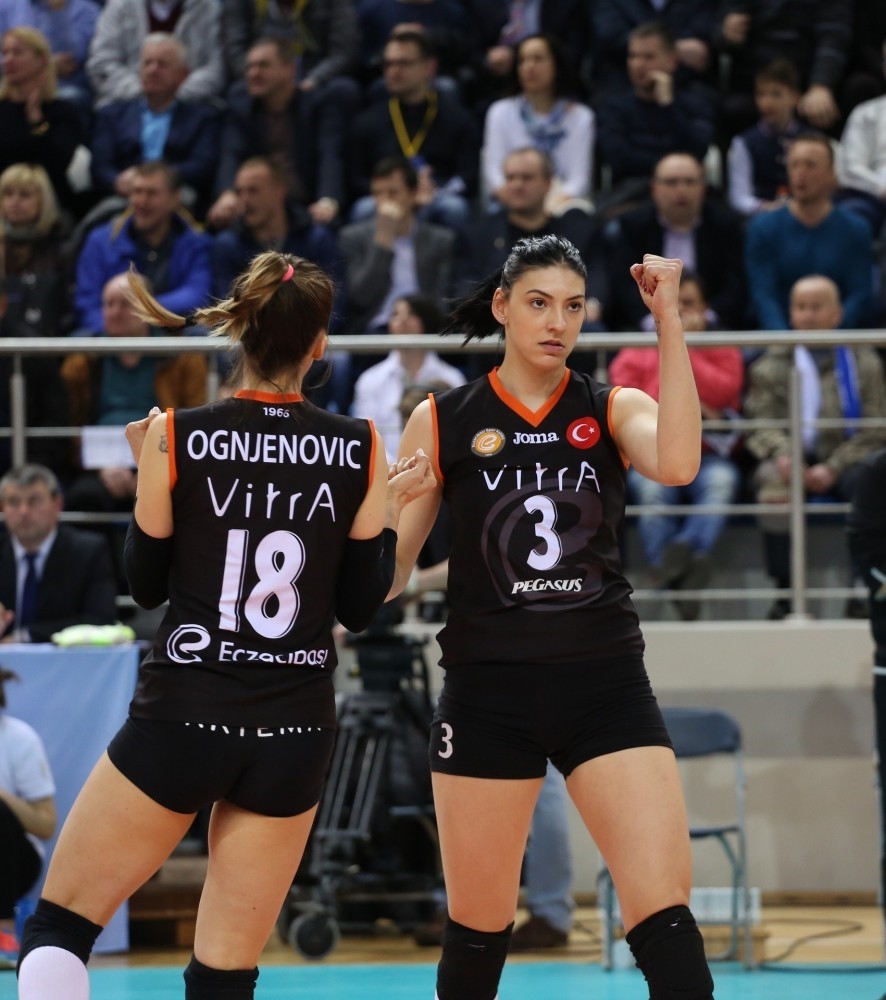 The repeat of this matchup will be taking place next Tuesday, April 10 at the Burhan Felek Volleyball Hall in Istanbul. A record-breaking crowd of 3,200 fans attended the game at Uruchje sports hall in Minsk. Minchanka could not find a way to stop Eczacıbaşı's best players, Tijana Boskovic and Jordan Larson. The host struggled in reception and despite taking many risks with their serves, their strategy did not bring the desired results.

Hanna Hryshkevich was the main target of Eczacıbaşı - she received/passed the ball 49 times throughout the match.

Minchanka tried to catch up when Eczacıbaşı used their rising star Hande Baladın in the second and third sets, but the hosts eventually had to accept a 1-3 loss. Eczacıbaşı VitrA head coach Marco Aurelio Motta said: "I want to congratulate Minchanka for making it to the final of the CEV Cup. I think this is a great achievement for Belarusian volleyball. They beat some very strong teams to make it here. We played extremely well for the first set, making only a very few mistakes."

"Minchanka, on the other hand, played especially well with their middle blockers and we had problems stopping them. We are happy to travel back to Istanbul with this victory in our pockets. We played with the right consistency only in the first and last sets, but failed to reach our top level in the remainder of the match. We were nevertheless able to win the second set and we are happy with that," he added.