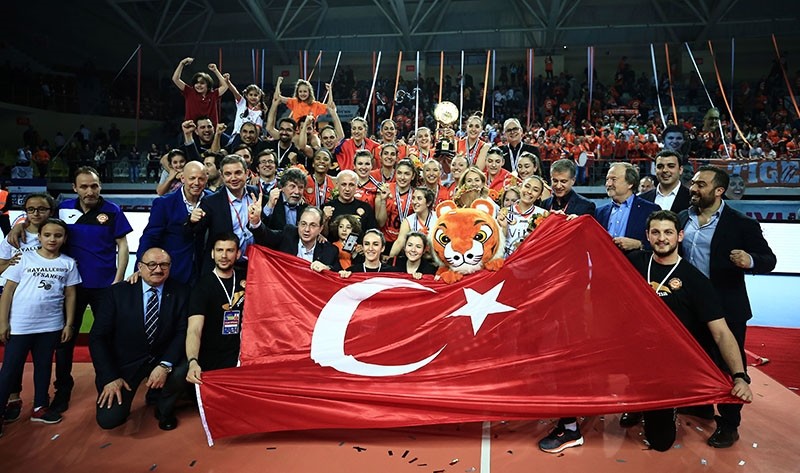 Turkish domination in the European Cups continued as Eczacıbaşı VitrA followed its four-set victory last week in the first leg against Belarussian sensation Minchanka Minsk by going one better and winning in straight sets Tuesday to claim the 2018 CEV Volleyball Cup title to go with their long list of accolades.

Its Serbian opposite hitter Tijana Boskovic ended up as the top scorer and received the MVP award for the final. The event marked the team's fifth victory in the international event.

In the first set, both teams started well with points from their attackers. However, it was a show by Minchanka to pave the way for an 8-7 lead for the Belarus team at the first technical timeout of the opening set.

However, the Turkish team got back on track with the attack points of captain Jordan Larson (9-8). Meliha İsmailoğlu's clever tip then forced Minchanka's coach Viktar Hancharou to stop the game once more with his side trailing 12-9. The Orange and Whites led at the second technical timeout 16-11 with Tijana Boskovic's attack point.

Minchanka gave everything to come back in the game, even winning back to back points to make the score 16-21. However, Eczacıbaşı VitrA pushed on and ended the first set 25-17.

The second set started out similarly with both teams playing at a high level. At that point, American middle blocker Rachael Adams stepped in and brought a couple of points to Eczacıbaşı VitrA (6-5). Minchanka's Hanna Hryshkevich helped the Belarus team to force Marco Aurelio Motta to take his first timeout.

An unforced error gave the home team lead at the second technical timeout by a single point. Eczacıbaşı VitrA increased the pressure and took the second set with exactly the same score as the first set. These two sets meant that there was no way back for the traveling side and the title would go to Turkey.

From there, Eczacıbaşı VitrA started playing more confidently after securing the title and established a big lead of 16-7. The home team dominated the rest of the match and again finished the set with a scoreline of 25-17. 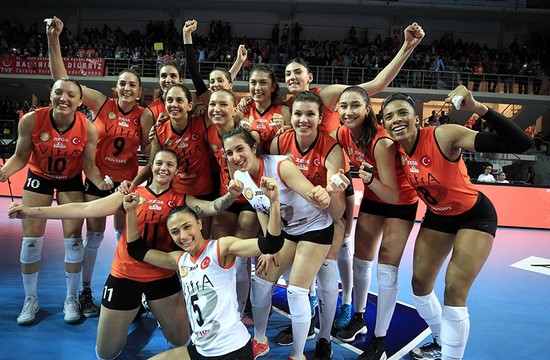 "I am very proud of everyone today. We are the CEV Cup champions. Everyone gave their best. We are so happy to lift the trophy at home in front of our own fans," Büşra Kılıçlı said.

"I am very proud of everyone. We gave our best and showed what we needed to do on the court. We are happy to win the cup at home. We proved our level and what we are capable of. Thanks to our amazing supporters who came out today," said Marco Aurelio Motta, head coach of Eczacıbaşı.

It did not lose a single set throughout the semifinals phase, showing a good disposition towards the last round of the competition.

On the other hand, Minchanka and Allianz MTV delivered a thrilling duel in the semifinal as they played their second five-set match and needed the Golden Set to reveal the eventual finalist.