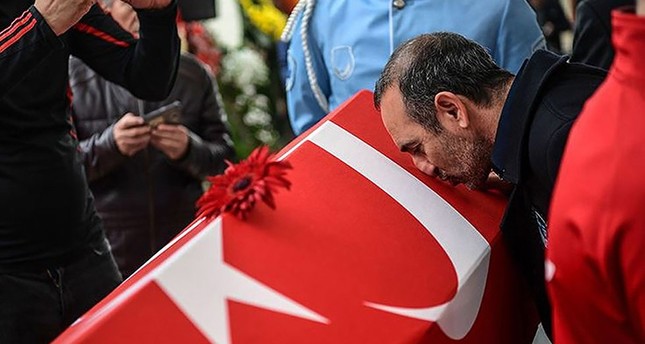 The winners were announced at a news conference held in Ataköy Olympic House, hosted by NOC Fair Play Commission President Erdoğan Arıpınar and other members of the commission.

For the Fair Play Conduct category, the grand prize was awarded to Leonidis, a Greek former weightlifter and current weightlifting trainer. In November 2017, he attended the funeral of his longtime rival, Turkish world record holder Naim Süleymanoğlu.

Among the dozens of fellow athletes and dignitaries at Süleymanoğlu's funeral, Leonidis stood out as he quietly approached the late weightlifter's coffin draped with a Turkish flag and kissed it. Leonidis told reporters at the funeral that he was "devastated" to learn about the death of his Turkish "friend," as the two had pushed each other to greatness in the sport.

"I never forget [the 1996 Olympics in] Atlanta. He took gold and I took the silver [medal]. Before the medal ceremony, I told him 'you are the best' and he responded, 'We are the best,'" Leonidis said.

Honor diplomas went to the Fenerbahçe and Galatasaray women's volleyball teams. Another recipient was Batuhan Erikli, a young orienteering athlete who was disqualified from the championship race after turning back to help an injured teammate, carrying him on his back the remaining 1.5 kilometers to the finish.

Honor diplomas were awarded to Olgun Atila, the mayor of Izmir's Bornova municipality, and Turkey's Amputee Football Team, whose passion and perseverance won them the European Championship in 2017.

For the Community Fair Play category, the grand prize went to Kamber Baykal.

Fair Play Awards are presented each year by the NOC, with nationwide surveys beginning in December and ending in March or April. The Fair Play Commission's Grand Jury convenes each April to select the winners of each category.

Some who receive the honors have also been recognized at European and global levels for their fair conduct, career and services.