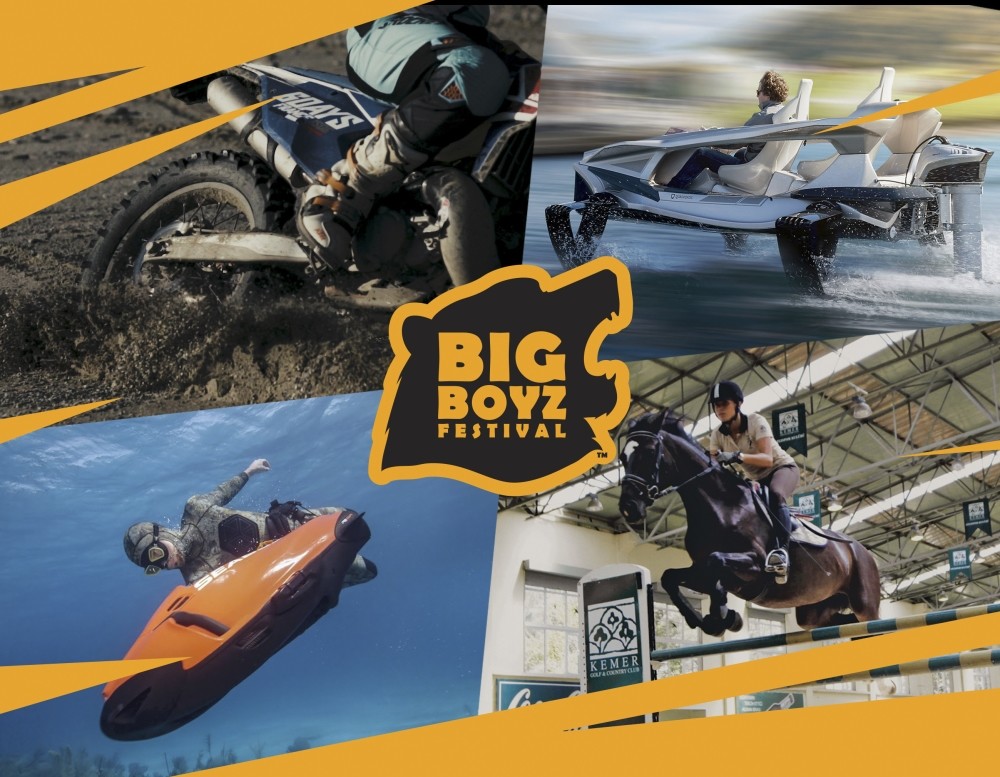 The heart of Istanbul will beat at the Big Boyz Festival, which is the first hobby festival in Turkey, over this weekend. The festival, in its second year, brings together technology lovers and the most exciting air, land and sea vehicles.

A surprising and unforgettable two days await the attendees at this celebration of the concept of toys for adults.

Concerts will be given by Teoman, Fatma Turgut, DJ Burak Yeter, who is one of the best DJs in the world, and Deeperise, who is known around the world for his "Move On" song. Furthermore, festival goers will enjoy breathtaking activities as well as specially designed shopping centers, crazy parties and kickboxing shows.

DJ Burak Yeter will celebrate his birthday on May 5 with the guests of the festival. Tickets for the festival, which will be held at Alice Istanbul and Kemer Country Club, can be bought from Biletix.

The 700 horsepower Ultra 4, which is accepted as the most powerful automobile in the world, London Morgan, an icon for classic automobile lovers with its 107-year past, and the Mercedes X Class will be the center of attraction in the festival.

Visitors will have a chance to listen their model figures according to their concerns can also attend the workshops which aim to make them experience new things. The guests of the festival will spend an unforgettable day with concerts, shopping, parties full of dance, kickboxing shows and exciting motorcycle shows.

Airsoft, which is one of the most entertaining and exciting adventure-action games, will also be at the festival this year. Many events, such as golf, horse-riding, shooting axes, paramotor shows, electric bicycle practice and drone competitions will liven up the festival.

Gyrocopter models and planes that will be exhibited in the festival area will introduce individual air vehicles to the guests.

Attendees of the festival, while enjoying music by the most prominent radio stations in Turkey, will both examine their dream boats, motorcycles or other vehicles and test some toys, such as drones and model planes. They can also do some shopping from the brands in the festival.

İhtiyaç Haritası (Need Map) will take its place at the festival with a booth where information about its activities will be presented to visitors.

The service is a platform that announces the needs of cities and neighborhoods systematically with citizens' participation, which after collects these needs on a map and satisfies them with the help of institutions, organizations or individuals.

The German Shepherds Breed and Sports Foundation's Istanbul Breed Standards Competition will be part of the festival on May 6 as well. Eighty dogs will compete in the competition, an event which is highly anticipated by dog lovers.

Chance to meet and talk with inspiring figures

The Big Boyz Festival will bring together inspiring figures of the hobby world with various conversation events. These conversations, which will be one of the focus points in the festival, will include famous figures such as Okan Can Yantır, Ragıp Savaş and Murat Yorgancılar.

Birkan Polat's stunt show of will make everyone experience truly exciting moments. Also, hobby lovers will have a chance to meet important social influencers who inspire them, such as Çift Silindir, Motorcu Abi and Nesli Avcı.

With the special kickboxing show, Krav Maga workshop and concerts, Big Boyz will be a festival that you definitely will not want to miss this year.