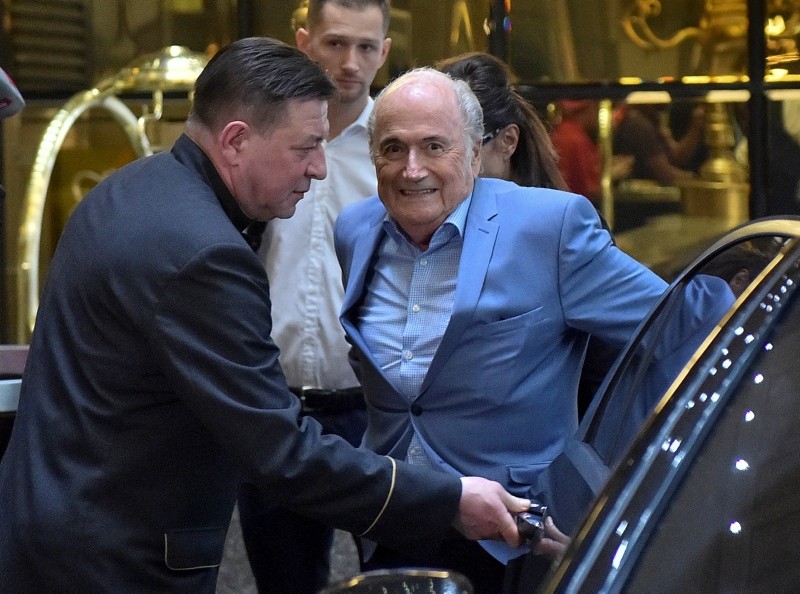 Banned former FIFA president Sepp Blatter said he felt the soccer World Cup underway in Moscow was a little bit like "my World Cup" because he had been so well received on his visit to Moscow.

Blatter is currently serving a six-year ban for unethical conduct. In an interview with Russia's RT broadcaster, he said he was in Russia as a guest, unlike previous World Cups where he was actively involved. He said he was still FIFA president, but had been suspended.

"Today I saw (FIFA head Gianni) Infantino and Blatter at the stadium," TASS quoted Alexei Sorokin, head of the Russia-2018 organizing committee, as saying. It is not known if they met.

Kremlin spokesman Dmitry Peskov told the TASS agency that as Blatter was in Russia privately an official engagement with Putin was not planned but did not explicitly rule out an informal meeting between the two.

Blatter has been banned from all football-related activities for six years over ethics violations, but this does not preclude him from attending matches.

He was ousted in 2015 after a massive corruption scandal at football's governing body which resulted in the charging of several top officials.