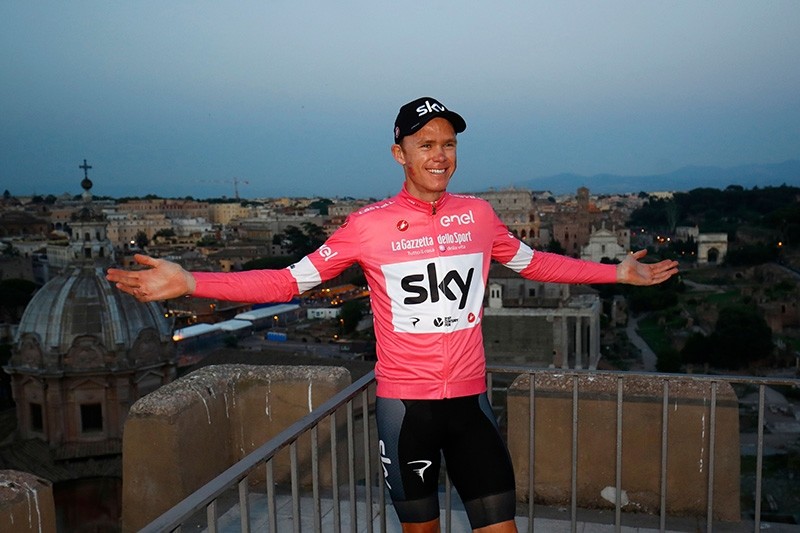 Four-time Tour de France champion Chris Froome has been cleared of doping by the International Cycling Union over having twice the permissible amount of asthma drug Salbutamol in his system.

The 33-year-old Kenyan-born rider said he is now looking forward to attempting to win a record-tying fifth Tour de France which gets underway on Saturday.

"I am very pleased that the UCI has exonerated me," he said in a statement issued by Team Sky.

"While this decision is obviously a big deal for me and the Team, it's also an important moment for cycling," the statement added.

Froome had been racing under the cloud of a potential ban after a urine sample he provided at the Spanish Vuelta in September showed a concentration of the asthma drug salbutamol that was twice the permitted level.

A UCI statement says "Froome's sample results do not constitute an AAF (Adverse Analytical Finding)," adding that it has decided "to close the proceedings against Mr Froome."

Froome said, "I have never doubted that this case would be dismissed for the simple reason that I have known throughout I did nothing wrong."

The Tour begins Saturday and — before the UCI statement was provided — race organizers were reportedly denying him entry.

Froome's appeal against the decision to bar him will be heard by the French national Olympic committee in Paris on Tuesday.

Experts expect him to be cleared to race following the UCI's ruling to clear him.

The UCI has been criticized for dragging its feet over the Froome case, but the statement said that although it would have preferred to settle the case quicker, "it had to ensure that Mr Froome had a fair process, as it would have done with any other rider, and that the correct decision was issued."