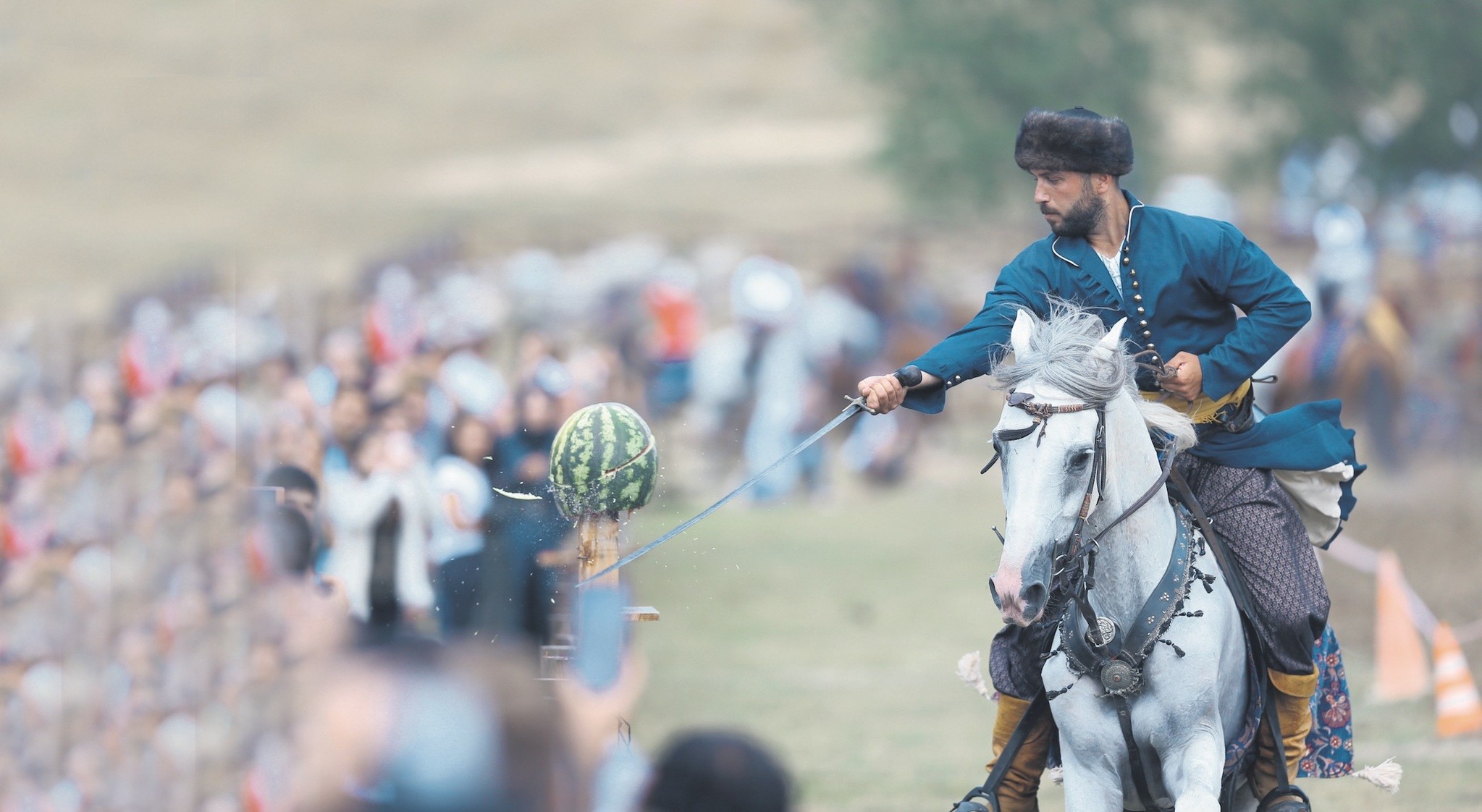 Turkey's bid to become a world-renowned venue for ancient, ethnic sports continue with a new event. The third edition of Turkic World Ancestors' Sports Festival was held in the northwestern Turkish city of Bursa over the weekend. A series of equestrian sports from javelin throwing to archery was the highlight of the festival in Kocayayla, a plateau that once housed the yurts of the Ottoman Empire's first rulers before they went on to conquer Bursa, the empire's first capital.

Organized by the local municipality and sponsored by the Turkish Cooperation and Coordination Agency (TİKA), the festival gives an insight to the centuries-old sports of the Turkic world, the nomadic tribes the Ottomans descended from, as well as traditions and cultural rituals of this world centered in Central Asia and Turkey. Some 309 athletes and more than 150 artists and craftsmen from Turkey, Kyrgyzstan, Uzbekistan, Kazakhstan, Azerbaijan and Turkmenistan attended the festival where day-long events ranged from archery contests to horseback acrobatics shows as well as stalls promoting Turkic culture in yurts set up on the vast plateaus, elsewhere folk dancers entertained guests. Replicas of Orkhon (or Orhun) inscriptions were also on show. The Orkhon inscriptions are old Turkish writings that shed light on the origins of Turkic nations, and were discovered in Mongolia. 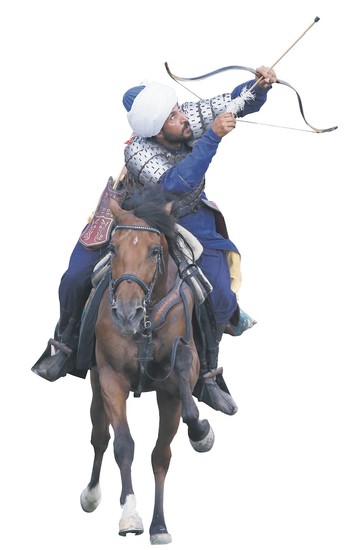 Sunday's games at the festival opened with cirit or mounted javelin which was a popular sport in Ottoman times and is still widely played, particularly in eastern Turkey. It was followed by mounted archery where archers in their traditional costumes galloped through a track as they hit targets. Another highlight of Sunday's event was gökbörü or kökbörü, a traditional equestrian sport of Central Asia where riders on horseback try to catch a runaway goat by sliding on their saddles. On the sidelines of the competitions, spectators had a chance to ride horses.

Outside of equestrian sports, athletes competed in mas wrestling, a sport created in the Sakha Republic by ethnic Yakuts where two wrestlers fight over the control of a wooden stick while firmly putting their feet against a wooden board. The event banks on rising interest in Turkey on the ancient Turkic world as well as interest in Ottoman times, since pre-Republic history was largely ignored in the past. Popularity of Turkic and Ottoman history is reflect on Diriliş Ertuğrul, a wildly popular TV series about the early age of the Turkish reign in Turkey and in best-sellers on Turkic history. Ethnosport Festival, a better known event than the competition held in Bursa, marked its third year this year and in similar vein, brings together athletes performing what it terms "ethnic" sports in Turkey.