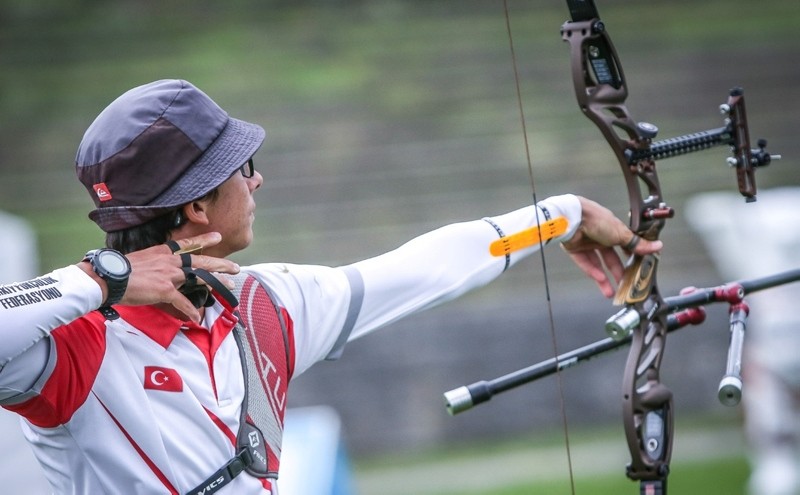 On the last day of the championship, the 19-year-old recurve archer won the gold in the recurve men's gold medal match during stage four of the competition.

Gazoz, ranked No. 12 in the world, won the final match against his South Korean opponent Lee Woo Seok, ranked No. 2, in a dramatic tie-break following a 5-5 draw.

Gazoz won the shoot-off after putting down a 10, barely four or five shaft widths from dead center of the target while his opponent Lee's arrow went wide left in the nine.


"It was an important match and a hard competition. It was clear from the start that it would be a hard and difficult match," Gazoz told the World Archery Federation.

"I am really happy. This is a dream come true. I am now one of the eight or nine best in the world and I have an opportunity with the final happening in my country," he said.

Both Gazoz and Lee will take the field at the 2018 Hyundai Archery World Cup Final to be held in Samsun, Turkey.

"Our athlete's continuous success in international competitions makes us very happy on the road to 2020 Tokyo Olympics," he said, thanking everyone involved with the achievement.

Turkey completed the fourth leg of the World Cup competitions with one gold and two bronze medals.

Stage four began July 16 and ended on Sunday in Berlin.