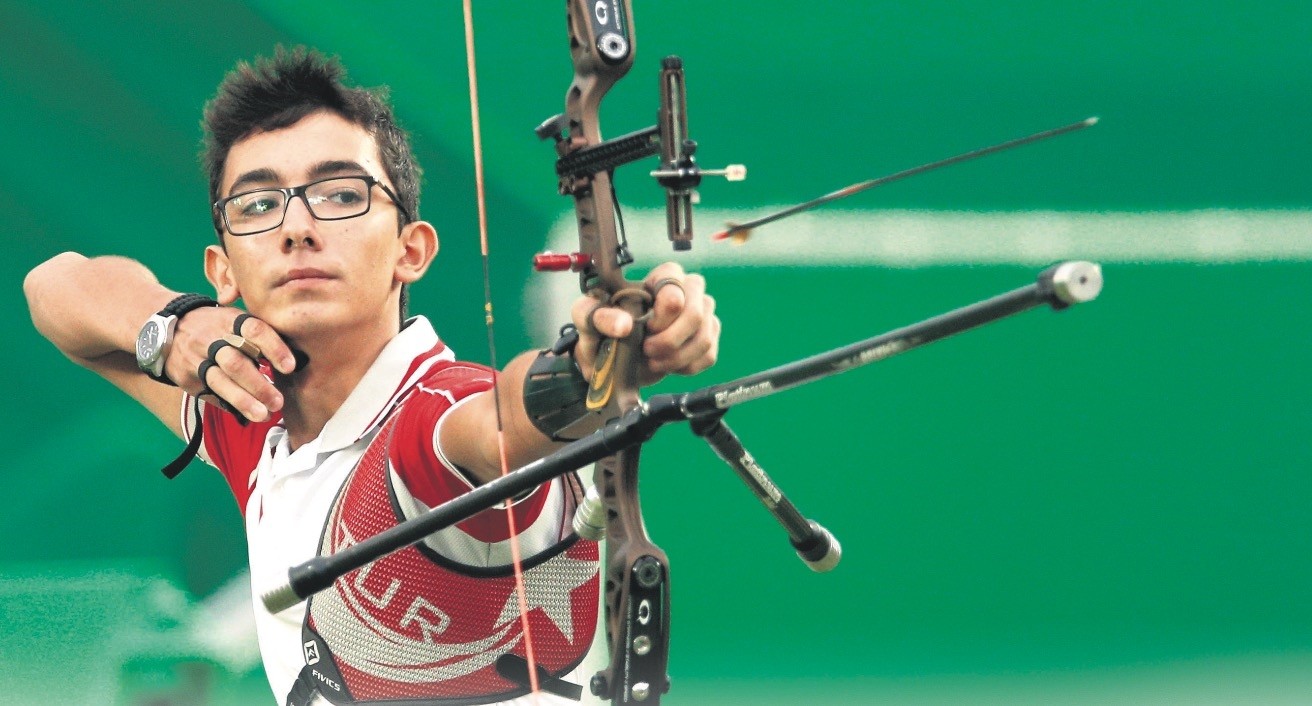 Turkey prides itself in a history of masterful archery, from ancient horseback archers of Central Asian tribes to Ottoman archers praised for their marksmanship. Yet, it drags behind when it comes to modern archery. A 19-year-old bespectacled young man from Istanbul aims to change that.

In just five years, Mete Gazoz swept medals in international contests and now looks forward to competing in the 2020 Tokyo Olympics. If qualified, he hopes to bring the country its first archery medal in the Olympics.

Gazoz on Sunday won gold in the 2018 Archery World Cup in Berlin, Germany. Ranked No. 7 in the world, the recurve archer won the final match against his South Korean opponent world No. 2 Lee Woo Seok, in a dramatic tie-break following a 5-5 draw.

In a country where football dominates all sports news, Gazoz's accomplishments were lauded as much especially when he rose to the top ranks of international archery. From world to European championships, the young athlete has become a regular finalist since he first participated in an archery contest in 2013.

He now has 23 titles under his belt, including nine gold, eight silver and six bronze medals. This year he has won nine medals so far, including four golds this month alone. He hopes there will be more to come in the competitions scheduled later this year, including one in northern Turkey's Samsun.

Though he was first introduced to a bow and arrow at the age of 3, he started practicing archery in 2010, under the guidance of his father Metin - a professional archery trainer and a former national archer.

He made his international debut in 2013 and went on to win four medals in world championships, both in singles and team categories. Since his first silver medal at the World Youth Championship in China's Wuxi that year, he quickly rose in the world ranking for recurve archers. "I work a lot to accomplish these," he told Anadolu Agency (AA). The training is tough and sometimes requires him to fire as many as 500 arrows a day but the young athlete is undaunted.

Gazoz made his Olympics debut at the 2016 Rio Olympics. Although he lost to then world No. 5 Sjef van den Berg and completed in the last 32, he won the hearts of a nation whose Olympics success were mostly limited to wrestling and weightlifting for decades.

His next priority is the 2019 World Championship in the Netherlands, a stepping stone to qualify for Tokyo 2020 Olympics. "I want to win gold there and join the Olympics. Turkey has no Olympics medal in the archery. I want to win one in Tokyo," he said.