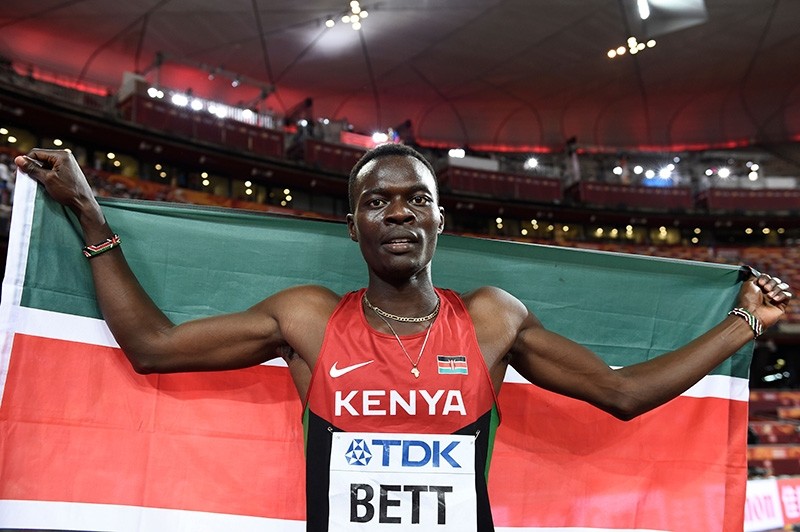 In this file photo taken on Aug. 25, 2015 Kenya's Nicholas Bett celebrates winning the final of the men's 400 metres hurdles athletics event at the 2015 IAAF World Championships at the ,Bird's Nest, National Stadium in Beijing. (AFP Photo)
by Associated Press Aug 08, 2018 12:00 am

Kenya's Nicholas Bett, the 2015 world champion in the 400-meter hurdles, was killed in an early-morning car crash Wednesday in the country's famed high-altitude training region, police and his coach said.

Bett was 28 and had only just returned home from the African championships in Nigeria on Monday.

Nandi County police commander Patrick Wambani said Bett was killed in the crash on the road between Eldoret and Kapsabet, two of Kenya's famed distance-running training towns in the Rift Valley region in the west of the country.

Bett won gold in the 400 hurdles at the 2015 world championships in Beijing, a breakthrough victory in that event for Kenya, a powerhouse in middle- and long-distance events.

He also won bronze medals at the African championships in 2014 in the 400 hurdles and 4x400-meter relay.

Athletics Kenya said it sent condolences to Bett's family. Bett's twin brother, Aron, is also an athlete and was part of the Kenyan 4x400 team that won gold at last week's African championships. Nicholas Bett didn't run on that team.