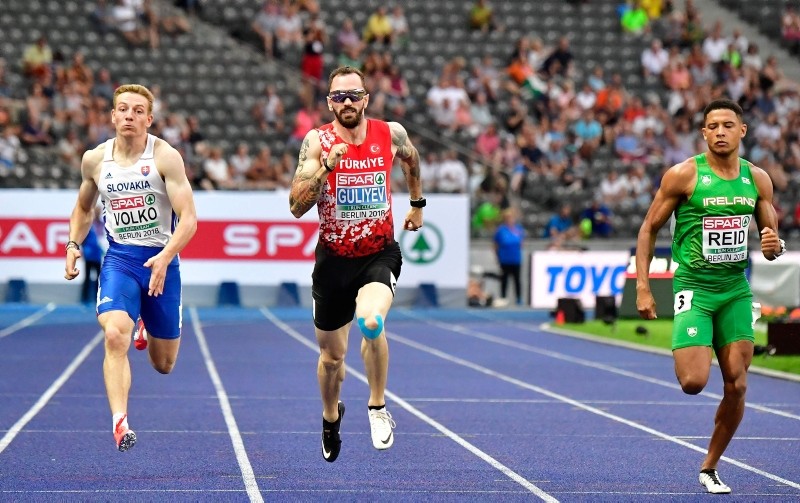 Guliyev also broke a record with his 19.76-second showing on day three of the tournament, with British athlete Nethaneel Mitchell-Blake coming in second with 20.04 seconds.

Guliyev, who is originally from Azerbaijan but gained Turkish citizenship in 2011, secured his first gold medal for Turkey last year, in the men's 200 meters at the International Association of Athletics Federations World Championships in London.

The European Athletics Championships 2018 are being held on Aug. 6-12.

In 2016 Escobar won the gold medal in the European Athletics Championships in Amsterdam.