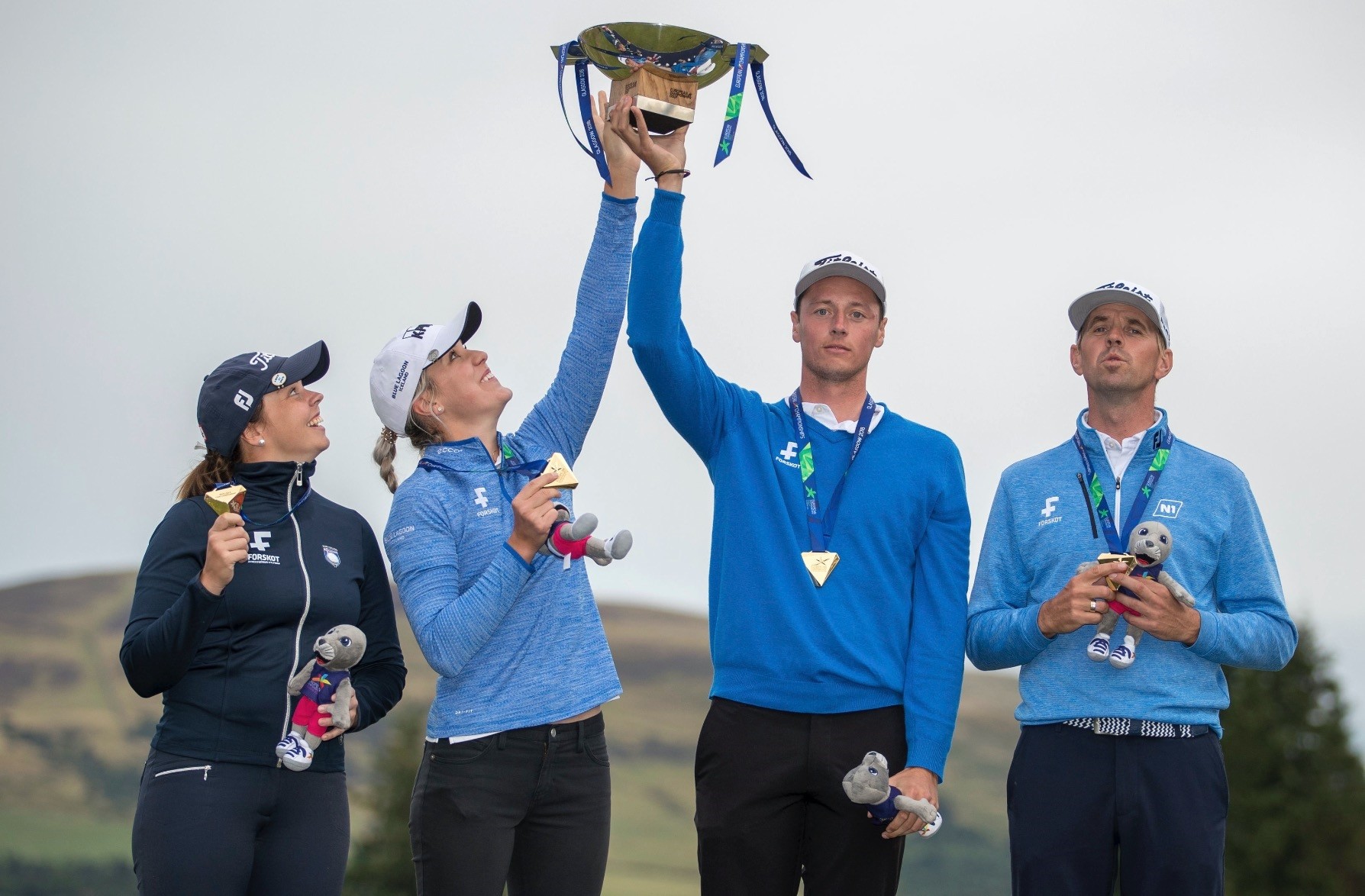 Team Iceland pose with their gold medals and the trophy after their victory during the European Championships at Gleneagles PGA Centenary Course, Scotland.
by Aug 13, 2018 12:00 am

An Icelandic quartet became the unlikely first golf gold medallists in the new multi-sports European Championships when they won the mixed team foursomes strokeplay event at Gleneagles on Saturday. The novel format, backed by the European Tour, saw the two Icelandic partnerships of Birgir Hafthorsson with Valdis Thora Jonsdottir, and Axel Boasson with Olafia Kristinsdottir, win with a three-under par score of 141 over the 36 holes played.

It was Iceland's first gold of the entire multi-sports European Championships as they finished one stroke ahead of a silver medal-winning British quartet and two clear of Swedish bronze medallists.

"Golf is growing all the time in Iceland," Boasson said. "I wouldn't say it is the biggest professional sport we have, but it is played by the most people."

Boasson had joked before the Championships that the 42-year-old Hafthorsson might get on the drums and orchestrate the sort of thunderclap celebration that Iceland's football fans have made their own if they won a medal. There is still time for that to ring round the esteemed Gleneagles course should the pair, who are in the semi-finals, also win the men's team event on Sunday. "We have a great chance of another gold," Hafthorsson said. "Why not? We are full of confidence."