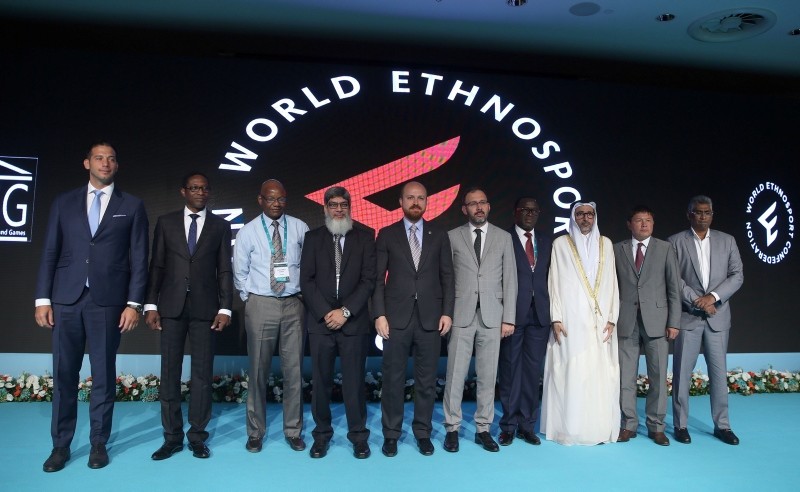 Speaking at the opening ceremony, Minister Kasapoğlu thanked UNESCO officials for their support for traditional sports and WEC chair Erdoğan for bringing together the cultural richness of the world.

"A youth in peace with its own society and values could also establish peace in the world," Kasapoğlu said, adding that they carry out many activities to promote traditional Turkish sports as the youth and sports ministry.

Erdoğan also thanked the participants for coming to Istanbul. He said that when establishing the WEC with friends from Kyrgyzstan, they did it to help people all across the world become proud citizens of a diverse, colorful world instead of a Western hegemony polarizing the world in economic, military or political matters for over 200 years.

"When we respect each other's colors, the world can become a more peaceful place," Erdoğan said, adding that by supporting traditional sports and games under the leadership of the WEC, they contribute towards a more peaceful world.

Speaking to journalists after the ceremony, Erdoğan said that not only in Turkey, but throughout the world the public has interest in and support for traditional sports. He said that their most important duty was to encourage local authorities to contribute to the development of local sports.