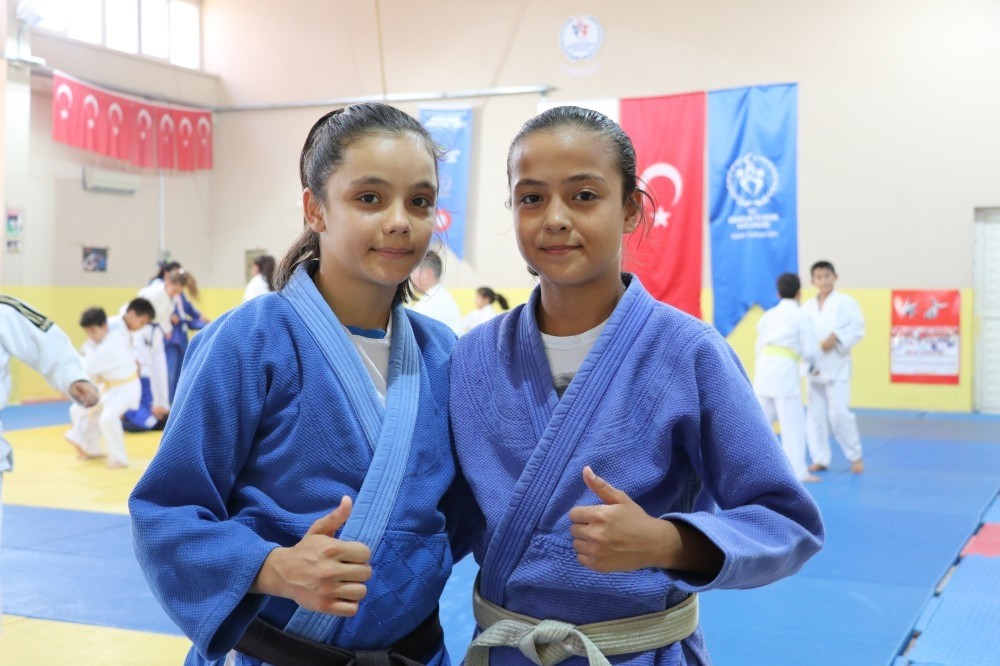 Coming from an underprivileged family, the two had to borrow their judogis - the traditional uniform used for Judo practice and competition - from their friends in order to compete at the championship.

With borrowed judogis that cost nearly TL 750 ($114) each, Emine İkra Candan won gold in the 36-kilo category and Sudenaz Buruk won in the 32-kilo category.

The two train under the supervision of their coaches Yusuf Uncular in Adana, a southern province of Turkey.

"Emine and Sudenaz previously won national titles. Now they won titles in the Balkan championship. They achieved this success as a result of hard work. If they are granted support, I believe they both will be able to get European titles," Uncular said.

Meanwhile, Emine İkra Candan said, "I began judo two and a half years ago and my target is to become European champion. Our families and coaches cover our expenses in the provinces where we compete. Our federation covered some of our costs when we went to Greece for the Balkan Judo Championship. Our families also helped financially the best they could. We urge our officials that they grant us support like they do for football."

On the other hand, Sudenaz Buruk said, "I have achieved gold medal as a result of four days of training a week. We want support in order to get medals on behalf of our country. Like Emine, I went to the Balkan Championship by borrowing a judogi. We need our own judogis. However, the judo uniforms are imported from abroad and many families can't afford to buy them for their children."